Depeche Mode, Motörhead, and Whitney Houston among the other finalists 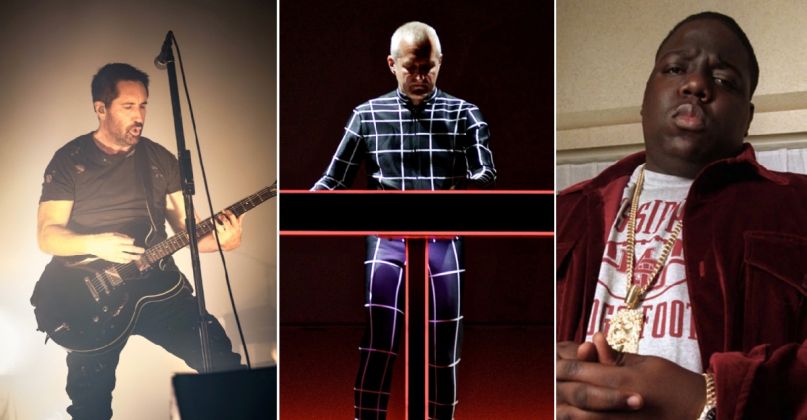 The Rock and Roll Hall of Fame has revealed the nominees for its class of 2020. They include Nine Inch Nails, Kraftwerk, The Notorious B.I.G., Soundgarden, Depeche Mode, Motörhead, and Whitney Houston.

The top five vote-getters, as determined by a group of artists, historians, and music industry members, as well as a fan vote, will be announced in January. They will then be inducted into the Rock and Roll Hall of Fame during a ceremony held in May 2020 at the Public Hall in Cleveland, Ohio. HBO will broadcast the ceremony later in the year.

In order for an artist to be eligible for the Hall of Fame, their first recording must have been released at least 25 years ago or earlier. The Notorious B.I.G., Soundgarden, Motörhead, DMB, and Whitney Houston have all been nominated for the first time.

However, several previous nominees failed to make the cut in 2020, including Kate Bush, The Smiths, The Replacements, Bad Brains, and Eurythmics, among others.

The Hall of Fame will once again honor specific members of each band as opposed to the full lineup, a policy that was first introduced several years ago. As such, if NIN is enshrined, Trent Reznor will accept the honor alone. Depeche Mode’s nominated lineup consists of Dave Gahan, Martin Gore, and Andy Fletcher along with former members Vince Clark and Alan Wilder. Meanwhile, Soundgarden’s classic lineup of Chris Cornell, Matt Cameron, Ben Shepherd, and Kim Thayil is on the ballot along with original bassist Hiro Yamamoto (via Rolling Stone).