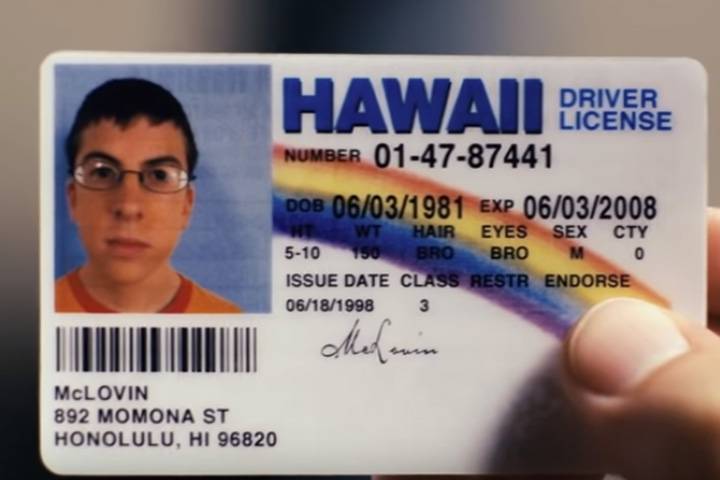 More than a decade after the release of Superbad, the film’s infamous “McLovin” ID remains part of our cultural lexicon, and Seth Rogen couldn’t be more pleased. The movie’s co-writer and star recently took to Twitter to share a story of a young Iowan arrested for trying to use Fogell’s (played by Christopher Mintz-Plasse) infamous fake Hawaiian ID for a night out. The police weren’t buying it.

As reported by WVSN 7 News, 20-year-old Daniel Alfredo Burleson was caught by an officer in a bar with a drink in his hand. After refusing to show his license and being escorted out of the establishment, Burleson showed his real ID, which confirmed he was under age. He tried to withhold the Superbad fake, but the police spotted the McLovin card while looking through his wallet. The intoxicated young man confessed he’d bought the phony identification off Amazon for a mere $15 dollars. The night cost him much more than that. The under-ager was hit with a slew of charges, including, of course, possession of a fictitious license.


(Read: Superbad at 10: The Agony and Ecstasy of Growing Up)

Rogen simply captioned the news link with “My work here is done.”