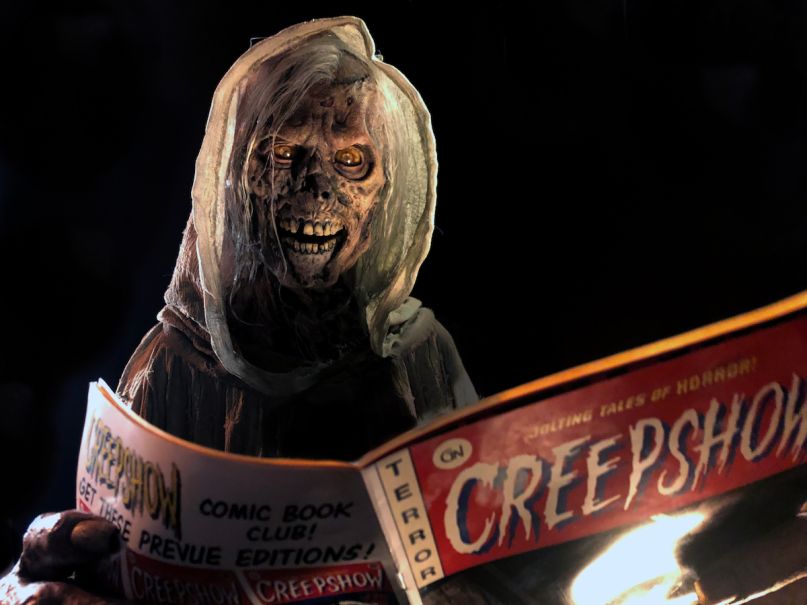 Get ready for more Creepshow. Shudder has announced that they’re renewing Greg Nicotero’s revival series for a second season of tricks and treats. The news arrives only a day before its inaugural season wraps up tomorrow on Halloween night.

“Creepshow has met every expectation we had for Shudder’s first original scripted series and then some, with record numbers across the board,” said Shudder GM Craig Engler. “Greg Nicotero and his team delivered an amazing show that’s unlike anything else on TV and we’re thrilled and delighted to bring it back for another season.”

No kidding. Shudder reports that more than 50% of its members watched at least one episode of the series — with more minutes streamed in its opening weekend than any title in Shudder’s history — and has brought in a record number of new subscriptions.

“For me, Creepshow has been a true labor of love,” said Nicotero. “To be able to pay tribute to George A. Romero’s visionary project and have the show so embraced by fans everywhere is humbling to this horror kid from Pittsburgh. I couldn’t be more pleased and look forward to continuing the series with more ghoulish delight.”

Certainly, that love and passion has translated to Shudder’s viewers. As you wait for the finale, revisit our recent cover story on the program, which offers an intimate behind-the-scenes look at what exactly it took to make this season a reality.

You can also hear The Losers’ Club talk about the series below.