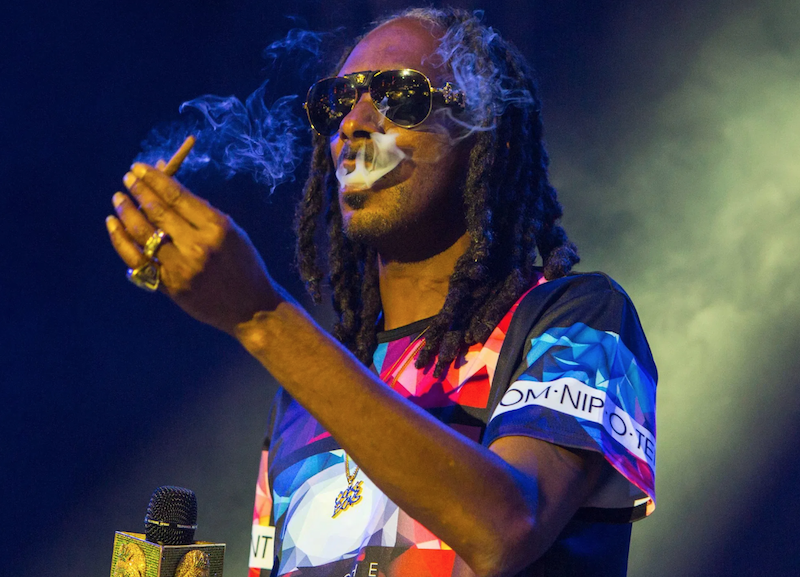 Snoop Dogg is a big fan of P.B.R.s, and we don’t mean the beer. In a recently interview on The Howard Stern Show, the rapper revealed that his staff includes what he called a “P. B. R.: Professional Blunt Roller.” Amazingly, Snoop said the full-time position pays “$40 to $50,000 a year,” which means it’s actually a real job, and my high school guidance counselor lied to me.

This well packaged and tightly rolled piece of news came via Seth Rogen, who was also a guest on Stern. The actor saw this professional pot provider firsthand while hanging out with Snoop, and the experience left him in awe. “He knows how to gauge the look on someone’s face when it seems like they might want a blunt,” Rogen said. “And if they do, he gives you one!”

“If you’re great at something I need, I’m hiring you,” said Snoop.

The gentlemen staffer in question is allowed as much marijuana as he would like, travels with Snoop, has all his expenses paid, and gets free swag whenever his boss receives it. In exchange, he keeps a well organized box full of impeccably rolled blunts, and waits for his services to be required.

“Motherfucker like Lurch from the Addams Family. ‘You rang?'”  said Snoop, who might have had the Addams on his mind since contributing the song “My Family” to the new movie.

The whole interview is amusing and well worth your time. On the same episode, Snoop Dogg returned to one of his favorite recent themes, which is bashing Tekashi 6ix9ine for being the world’s biggest snitch. “I’ve heard of people telling on each other — ratting on the organization — but he ratted on other organizations on top of his organization,” he said. “That motherfucker sang like Aretha Franklin.”

Watch a clip of Snoop talking about his full-time blunt roller below.

Snoop Dogg’s unapologetically wild lifestyle may make for great talkshow fodder, but it also recently got him in trouble with the University of Kansas. Still, his irreverence, and lack of concern with precedent is one of the reasons that Nick Cave enjoyed his cover of “Red Right Hand” so much.

Meanwhile, Rogen recently shared the story of an Iowa teen busted with a fake “McLovin” I.D., to which he replied, “My work here is done.”