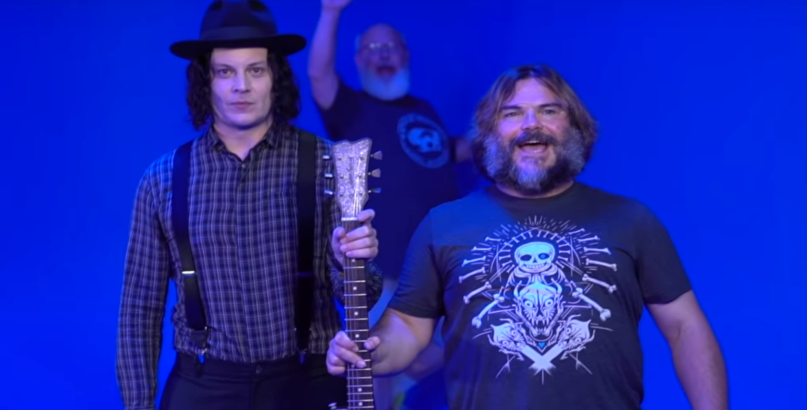 Over the summer, Tenacious D’s Jack Black and Kyle Gass made a pit stop at Jack White’s Third Man Studios in Nashville, where they recorded a “legendary collaboration.” We’ll finally get to hear it on November 29th, as Third Man Records in releasing Jack Gray’s debut 7-inch for Record Store Day Black Friday.

The latest installment in Third Man’s Blue Series, the 7-inch is produced by White and consists of a track called “Don’t Blow It, “Kage”. Update: You can listen to the song now.

A special tri-colored vinyl pressing will be available at Third Man’s shops in Nashville and Detroit. Everyone else will have to settle for a black vinyl.