The 10 Scariest Children’s Movies of All Time 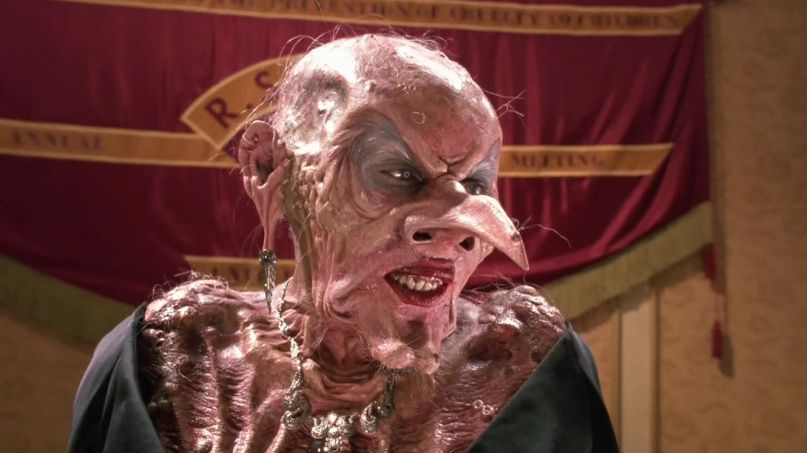 Earlier this week, we shared our 100 Scariest Movies of All Time feature. I referred to them as “the movies that terrify us in a way that we never quite get over.” That sounds almost like signing up for psychological damage, doesn’t it? It’s a bit hyperbolic, for sure. But like the final girls, survivors, and walking wounded who somehow lasted the runtime of those films, we, too, will never forget Leatherface waltzing with a chainsaw, Jack Torrance stalking through the labyrinth outside The Overlook, or a possessed Regan MacNeil’s head spinning circles from her exorcism bed. Simply put, some scares just stick with you.

Which got us thinking. Before we were old enough to watch most of the fare on our list, there was a whole slew of book series, television shows, and movies intended to spook us — but not too much. The point was to scare us enough to pull the covers up just below our eyes but not so much that’d we’d keep our parents up all night with nightmares or requests to check under our beds or in our closets. Looking back at some of those movies, it’s actually remarkable how incredibly dark, disturbing, and grotesque some of the concepts are. No, we’re not talking slashers and gore. Instead, these films often tapped into the common fears of childhood like getting sucked down the bathtub drain or losing one’s parents and being all alone in the world. Rewatching some of these, it’s actually a wonder we didn’t turn out more fucked up than we did.

Some of these movies don’t seem very scary to us now as adults, or they disturb us for entirely different reasons.  However, the memory of how they once made us feel — nervous, uneasy, and suspicious that the world wasn’t quite as safe as our parents assured us — is alive and well. In that spirit, here are the 10 Scariest Children’s Movies of All Time.