The Avett Brothers perform “Tell the Truth” on Fallon: Watch

Off their politically-minded new album, Closer Than Together 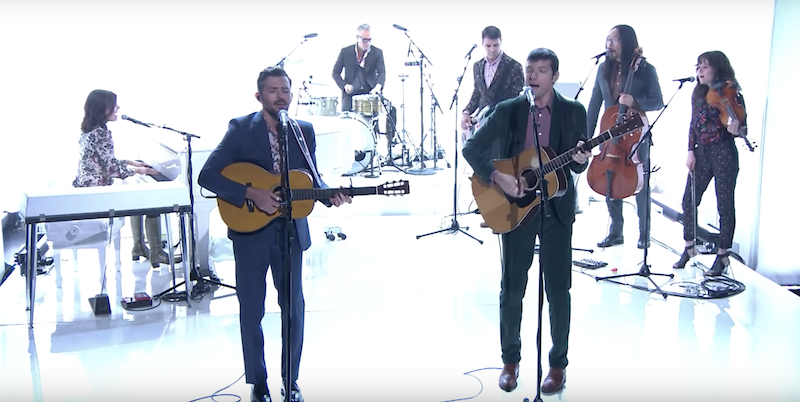 The Avett Brothers on The Tonight Show Starring Jimmy Fallon

Just last week, The Avett Brothers released their newest album, Closer Than Together. On Tuesday night, the Americana band supported their 10th full-length with a performance of the track “Tell the Truth” on Fallon.

The Avett Bros delivered the song in front of a starkly lit white backdrop. The scene provided a sense of bare purity to match the theme of “Tell the Truth”, the idea that only by being truly honest with ourselves and others can we find peace. It’s a nice enough message — especially considering the current political climate — but boy is that spoken-word interlude awkward with the camera fades between Scott Avett and the rest of the band.


Watch the full performance below. You can also catch the group on the road, as they still have a healthy chunk of North American tour dates left on their schedule. Get your tickets here.