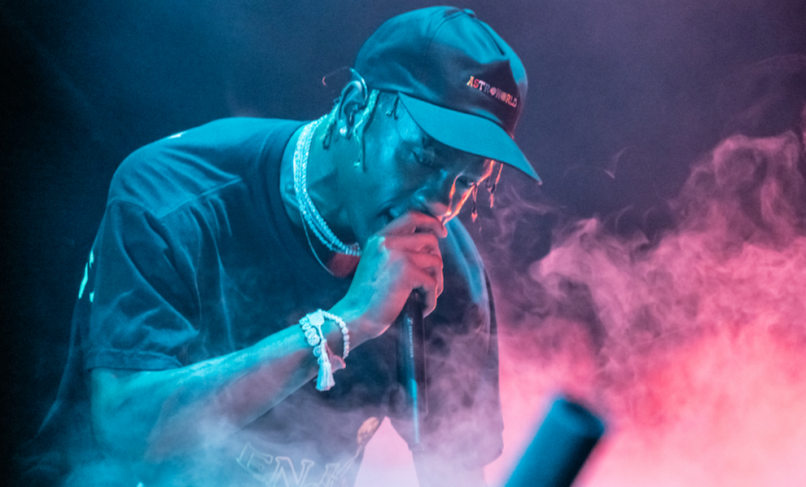 Travis Scott made sure the first-ever Rolling Loud Festival in New York City was one to remember. While performing onstage, he injured his knee but refused to stop the show despite being in pain.

In the middle of playing “Butterfly Effect”, Travis Scott jumped in the air, kicked his left leg out, and landed so poorly on his right knee that fell to the ground. He continued to limp on one leg for the rest of the song. Afterwards, security appeared to check on his well-being.


After a brief pause, Travis Scott explained to the crowd what went wrong. “I ain’t gonna lie, I think I just broke my knee right now,” he said. “But this show cannot stop just yet. So middle fingers to the sky. Let’s rage.” He then immediately launched into a performance of “Bystanders”. Watch a replay of the whole thing below.

(Read: Travis Scott Leans on His Strengths on ASTROWORLD)

Luckily, Travis Scott will have plenty of chances to return to the stage after giving his knee some rest. He’s still scheduled to perform at Day N Vegas Festival next month and Lollapalooza festivals in Chile, Argentina, and Brasil in 2020. Best of all, he recently announced his own music festival, the aptly titled Astroworld Festival 2019, that will take place in Houston, Texas on November 9th. You can find tickets to his upcoming dates here.

Those unable to catch him live can enjoy the rapper’s hits at home, including the recently released “Highest in the Room” as well as his verses on “Take What You Want”, the Post Malone and Ozzy Osbourne single that earned the latter a Top 10 spot on the Billboard Hot 100 for the first time in 30 years.