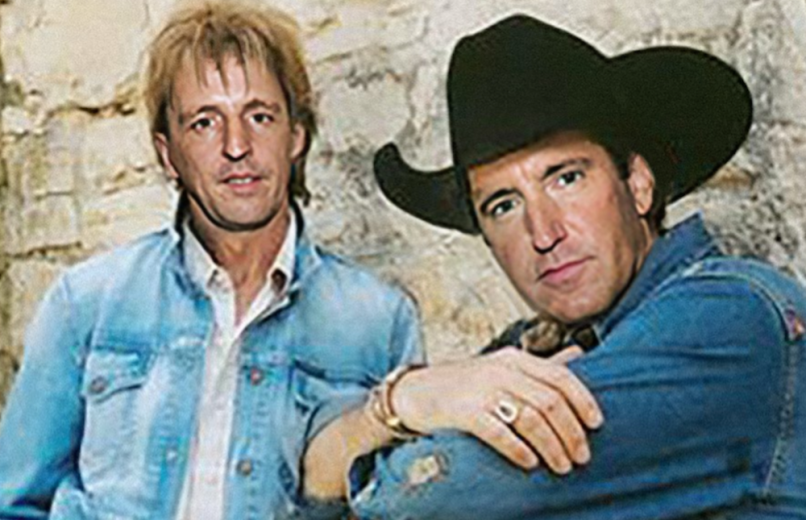 Despite there being a Nine Inch Nails sample in “Old Town Road”, frontman Trent Reznor never really acknowledged Lil Nas X or the single — even when it broke the Billboard charts over the summer.

And when the track received a nomination Musical Event of the Year at the Country Music Association Awards in August — meaning both Reznor and Atticus Ross also earned nods — the NIN bandleader merely reacted to the news with a funny image of himself and Ross photoshopped into a ’90s press photo of Brooks & Dunn.

Now, however, Reznor has finally broken his silence on “Old Town Road”, the fastest song to achieve Diamond certification. In an interview with Rolling Stone, he called the single “undeniably hooky” and Lil Nas X’s decision to sample NIN “very flattering.”

“At first, when you hear your stuff turned into something else, it always feels awkward because it’s something that intimately came from you in some way,” Reznor explained of his initial “Old Town Road” listening experience. He then likened it to the first time he heard Johnny Cash rework NIN’s “Hurt”.

“You feel a little bit violated, you know?” Reznor reportedly said with a laugh. “And then you get over that, and you realize it has become something else, and the Johnny Cash thing is incredible. It’s very flattering.” He added,

“The music from Ghosts that turned into ‘Old Town Road’ certainly didn’t come from as intimate a place as the song ‘Hurt’ did, but it’s still something that I remember what I was thinking about when we did it and then you hear it turned into this other thing — it feels strange at first,” he continues. “But I thought he did a good job with that.”

Reznor also recounted how he initially heard about “Old Town Road”, and how he insisted on not “roadblocking” Lil Nas X, despite the fact that the rising star hadn’t gotten official clearance to sample NIN’s “34 Ghosts IV”,

“The way it was presented to me originally is I got a call from my management saying, ‘We got a call from a panicked manager saying they had used the sample of something off Ghosts,’” Reznor recalls. “‘They should have cleared it, but it didn’t get cleared. It’s picking up some steam on the viral Spotify charts. What do you think about that?’ And I said, ‘Look, I’m fine with it. I get how stuff goes. They’re not saying they didn’t sample it. Just work it out, but don’t be a roadblock to this.’ I hadn’t heard it yet. Then a few weeks later, I was like, ‘Holy shit.’”

After the self-described “undeniably hooky” single took off, Reznor said he purposely wanted to stay out of limelight so that all the attention would fall on Lil Nas X. “The reason I haven’t stepped in to comment anything about it is, I don’t feel it’s my place to play any kind of social critic to that,” he remarked.

“It was a material that was used in a significant way and it turned into something that became something else, and those guys should be the ones the spotlight is on….” added the humble alt-rock veteran. “They asked if I wanted to do a cameo in the video, and it was flattering, and I don’t mean to be disrespectful, but I don’t feel like it’s my place to shine a light on me for that. I say that with complete respect.”

That being said, Reznor found the whole phenomenon of “Old Town Road” stunning. “Having been listed on the credits of the all-time, Number One whatever-the-fuck-it-is wasn’t something…I didn’t see that one coming,” he said. “But the world is full of weird things that happen like that. It’s flattering. But I don’t feel it’s for me to step in there and pat myself on the back for that.”