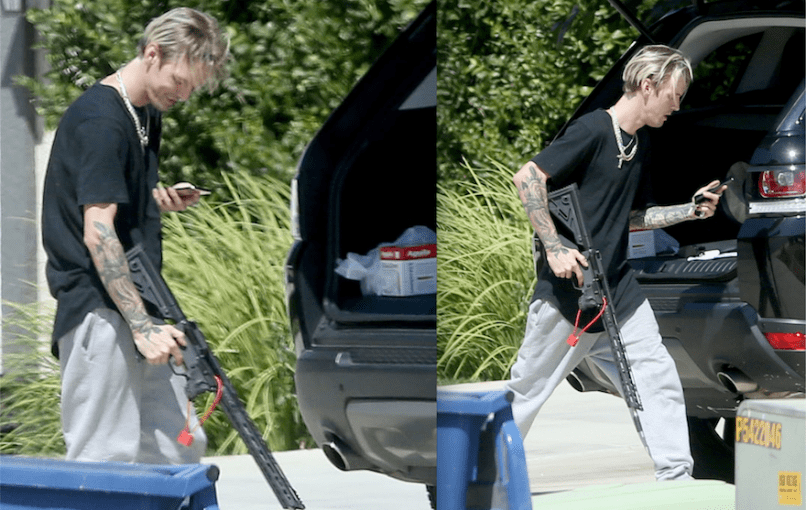 Child pop star Aaron Carter has been ordered by a California judge to forfeit his guns, according to TMZ. When the judge demanded he do so, Carter reportedly threw a fit and claimed he would drive to another state to buy more guns if need be.

Both siblings claim that Aaron Carter threatened to harm them and their families. Specifically, Conrad says Aaron threatened to send hit men after her over the phone and repeatedly posed with firearms on social media. As such, Conrad convinced the judge to issue an order prohibiting him from having any contact with her or her family for a yea.

Carter was recently diagnosed with personality disorder, schizophrenia, manic depression, and acute anxiety. So when the judge told Carter he’s too dangerous to possess guns, in part because of his diagnosis, Carter threatened to leave the room and began screaming at the judge that he could buy more firearms elsewhere.

Within a few weeks of getting his gun license earlier this fall, Carter allegedly purchased five firearms. Those are in addition to the 500 guns he reportedly inherited from his father, a US Marine veteran who passed away in 2017.

Back in September, Carter got a new face tattoo, this time of the Greek mythological monster Medusa. “IM THE BIGGEST THING IN MUSIC RIGHT NOW. I CANT BE DENIED. FACT CHECK ME,” he wrote in an Instagram post sharing the fresh ink. It appears, given his recent visits to court, that he can be denied… multiple times.