Coldplay Combine the Old and New on Everyday Life 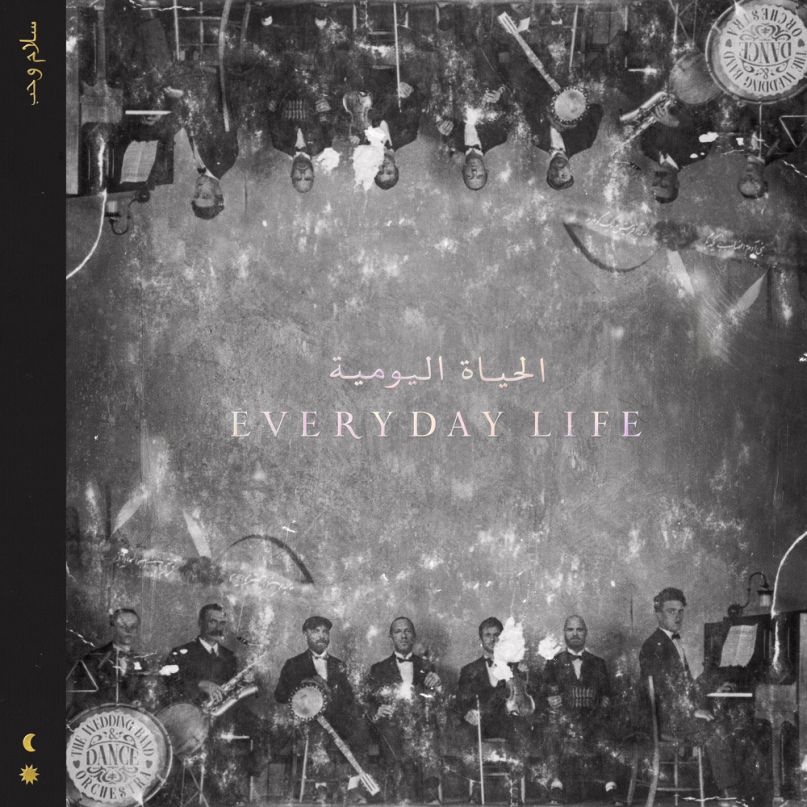 The Lowdown: When Coldplay announced their new LP, Everyday Life, they mentioned it would be a double album (featuring Sunrise and Sunset), showing a more “experimental” side of the band. And they were right, but not in the way most would have assumed. Perhaps fans were waiting for them to release some genre-bending effort, but that’s not what Everyday Life is.

Their eighth studio album explores completely different themes than 2015’s synth-infused A Head Full of Dreams, which led to their massive world tour in 2016-2017. Instead of dancing around as CGI apes, on Everyday Life, the band tackle serious, real-world issues, such as gun control and police brutality, in addition to their familiar tracks exploring relationships. It’s rewarding to see Coldplay branch out from their upbeat albums to something rawer and, for lack of a better term, more like “early Coldplay”, which fans openly yearn for.

The album covers a lot of ground, beginning at sunrise, literally. “Sunrise”, the opening instrumental track, is a beautifully haunting orchestral overture that sounds like it could be the climax of an Oscar-winning movie. It fades into the second track, “Church”, a relaxed, ambient song with twangy guitar hooks about finding salvation in another person.

The band get political with the solemn, piano-based “Trouble in Town”, where they address racism and police brutality. They iterate, “I get no shelter/ I get no peace/ I just get more police” while a recording of police officer Philip Nace harassing a Black civilian builds up to an explosive instrumental ending. As noted in the liner notes, proceeds from the song go to The Innocence Project and The African Children’s Feeding Scheme. A similar allusion to anger is found on the fast-paced guitar track “Guns”, where Martin addresses the need for gun control in the lyrics “take it from the playground/ take it from the bums.”

Nestled among the powerful statement songs are softer tracks that seem like lullabies, a fun nod to early 2000s Coldplay albums like Parachutes and A Rush of Blood to the Head. “Daddy” and “Old Friends” are standout ballads, featuring almost whispery vocals that paint dreamy stories of love and loss. “Daddy” is a heartbreaking emotional piano track, written from the point of view of a child. “Old Friends” tells a story of a long-lost friend, with soft guitar picking accompanying Martin’s quiet vocals.

The Good: As said above, Coldplay are able to blend dark and gritty tracks, light and uplifting songs, and the beautifully heartbreaking ballads their fans love, and they’re doing it better here than over their last few outings. Compared to their last album, overall, Everyday Life is a quieter, more intimate album, which isn’t a bad thing. It shows the band is able to make meaningful music without larger-than-life synths and pyrotechnics, as they have in the past. Some of the album could pass as an acoustic effort meant to be played in a smaller setting, which could go hand-in-hand with their recent decision to not tour. Everyday Life still has its fair share of upbeat gems, though, as “Orphans” and the title track brings energetic life to the album.

The Bad: As previously mentioned, it is a double album, which can be overwhelming with 16 tracks exploring different genres and production values, and it can be cluttered at times. There are some less-than-memorable tracks the album could do without, such as “Cry Cry Cry”, a fun but skippable moment, that is outshone by the smaller, quainter tracks, like the enchanting story told on “Eko”.

The Verdict: The band are known for being outspoken about important issues — just this week they announced they were looking to find an eco-friendly way to tour, and now they are bringing those issues and thoughts into their art in a way they had never done before. Sure, they are known for their slow, unrequited love ballads (see “Yellow” and “The Scientist”) and their larger-than-life songs (“Viva La Vida” and “Paradise”). However, Coldplay want you to know that they are not going to just release synth-pop hits (though we do love those). They are here to make a statement while also releasing their familiar emotional ballads. Everyday Life mixes the magic of “old” Coldplay with their smash hits that have kept them at the top for so long. And it works.