The Clash Strike a New Chord with London Calling

How the punk rockers reinvented themselves on their 1979 landmark album 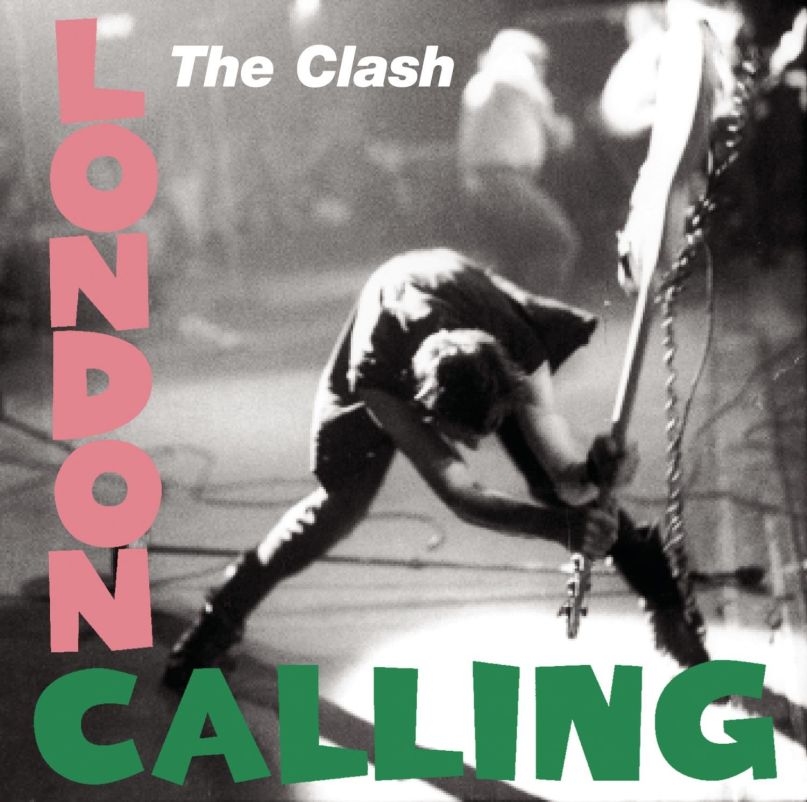 Be sure to listen into The Opus: London Calling when it launches December 5th with host Andy Bothwell, aka Astronautalis. Never miss an episode by subscribing now. You can also revisit a selection of The Clash’s best tracks via all major streaming services, and enter to win both the 40th anniversary London Calling Scrapbook and Super Bundle.

Living in Britain at the end of the ’70s, you couldn’t be blamed for thinking the world was coming to an end.

In fact, the world as everyone knew it had already ended. Britain’s three postwar decades of economic growth and generous public spending were over. Prime ministers came and went, each more hapless than the last. Inflation and oil crises in the Middle East preceded a series of strikes at the end of 1978, the so-called “Winter of Discontent.” The paper of record suspended publication. Ambulance drivers refused to respond to emergency calls. In a dire Thucydidean twist, corpses began to pile up unburied as even gravediggers abandoned their posts.

In March 1979, the second nuclear reactor on Three Mile Island in Pennsylvania went into partial meltdown. Newspaper reports in Britain warned of the prospect of cataclysmic floods hitting London as a result of rising seas. It’s easy to imagine Clash frontman Joe Strummer putting down his copy of the Times to look uneasily down at the Thames from his apartment, in a brutalist public housing project in Chelsea called — what else? — the World’s End.

All of this is there to hear in the paranoid, blunt-edged throb of the title track on London Calling, The Clash’s 1979 masterpiece. Apocalyptic reports are given first in plaintive tones, then almost archly, interspersed with the mantric, ominous repetition of “London calling,” a phrase steeped in national tradition (it was announced at the start of every BBC radio broadcast). The chorus, rising in a triumphant swell, invokes a defiant gallows humor. “Meltdown expected,” Strummer warns. “But I have no fear, ‘cause London is drowning, and I … I live by the river!”

The Clash were already in an awkward position themselves by 1979. The ground under them had shifted: the first wave of punk had ended with the 1978 demise of the Sex Pistols, and the movement was in the process of unraveling into the separate strands that would continue to develop in different directions across the 1980s: hardcore, New Wave, post-punk, etc. Their second full-length album, 1978’s Give ‘Em Enough Rope, had done well enough but had disappointed expectations for the American market. What was left for The Clash to do, except maybe sell out?

The Clash, and punk bands like them, had fiercely repudiated the psychedelic rococo of ’60s rock. They had denounced American influence, denounced Elvis, The Beatles, and The Rolling Stones — all rightly so. For all the contributions the ’60s had made to rock, that era had also poisoned the well. By the mid-’70s, rock had been rendered saccharine and sluggish, long-haired and lotus-eating, and whatever purity or social force it had previously possessed had dissolved with barely a trace among 10,000 tedious guitar solos.

Punk was the overdue and overdetermined reaction. But could you really go through your whole career writing two-minute songs with the same three chords and the same drunken shouting? The Ramones seemed content to do so. But as a general rule, because punk was pure, it also seemed necessarily ephemeral. “But don’t look to us!” goes the line on “London Calling” — The Clash sheepish after having smashed rock’s idols and not knowing what to do next. A restatement of the punk credo will have to do: “Phony Beatlemania has bitten the dust.”

What are we gonna do now? If you were thinking of changing your sound, you weren’t really allowed, as a punk, to borrow influences from past eras in rock — after all, wasn’t the whole idea to reject all that nonsense? The punks had been like impetuous children, running up and down the hallway of rock and slamming all the doors in everyone’s faces. For bands like The Clash, who had ambitions to be not just a punk band but a rock band of the first rate, too, winning a future was going to have to involve — if not selling out — at least a bit of sheepish trudging back to some of those slammed doors and opening them back up again.

Exhibit A: the second song on the album, “Brand New Cadillac”, a cover of Vince Taylor’s paean to American car culture. So much for being “Bored of the U.S.A.” Of course, the new influences on The Clash’s sound weren’t just American — there was ska, there was reggae too — but even critics at the time pointed out they were starting to sound something like, God forbid, The Rolling Stones. To everyone except the punk diehards, that wasn’t such a bad thing!

The Clash’s future was going to have to involve some degree of looking to the past. In that way, it was not totally unlike Britain’s future, dawning at that very moment in the form of Margaret Thatcher, whose remaking of Britain during the ’80s involved looking back, in rhetoric if not always in fact, to an age before the welfare state.

The band managed to look back to history in thoroughly original fashion on two particular gems that start off the second side of the album, songs of a political and narrative complexity of which it would have been easy, before 1979, to think The Clash incapable.

“Spanish Bombs” is half Joe Strummer’s love ballad to Palmolive, a Spanish-born member of the all-female punk band The Slits he was dating at the time, and half reflection on the Spanish Civil War, inspired by George Orwell’s classic 1938 memoir of his time fighting for the republican side, Homage to Catalonia.

The Spanish that Strummer injects into the chorus (“Yo te quiero infinito, yo te acuerda, oh my corazón”) is hilarious in its English-accented imprecision. To be fair to Strummer, he described the language he was employing not as standard castellano but rather “Clash Spannish [sic],” a term that captures its errant, heartfelt good intention. Likewise, a misplaced reference to Costa Rica — a country half a world away in Latin America — fails to rob the song of its genuine, bodged-together resonance, its amateurish yet Lorca-esque nostalgic touches, drawing out landscape and character in stark, bloody beauty. That the song was also intended as an allegory to the Troubles in Northern Ireland is also well known.

“The Right Profile”, inspired by a then-popular book on the tragic life of closeted, drug-addicted ’50s-era Hollywood star Montgomery Clift, opens with wow-wow guitar chords and swelling, jubilant horns. Centering on the moment when a drugged-up Clift fell asleep at the wheel and crashed his car, the chorus’ proclamation, perhaps from the perspective of a passerby coming across the wounded movie star, is delivered as if in genuine shock: “That’s Montgomery Clift, honey!”

Clift’s injuries were so severe, the story goes, that the rest of a movie he was in had to be shot from the side of his face that had been less damaged by the accident, hence the song’s title. The song’s mention of his injury — “Monty’s face is broken on a wheel” — manages to be both matter-of-fact and sympathetic on several levels. The metaphor, the medieval punishment of being broken on the wheel, suggests the interior torture Clift underwent, forced to hide his nature. Who said The Clash were just simple punks?

They hadn’t forgotten their roots, though: the climax of the song — a classic Clash moment — sees Joe Strummer overcome by his own energy at the end of a building sequence of verses, finally letting loose in a stuttering, perfect, inchoate shout, which sounds something like, “Auufff ghtughh pkuughhh p’kggh — AUUGGGHH!”

London Calling is both variegated and, at the same time, impressively consistent — much more so than, say, the band’s 1980 follow-up, Sandinista! The duds mostly comprise clumsy critiques of capitalism (the fourth-rate Madison Avenue send-up “Koka Kola” and the better-liked but hardly less stale “Lost in the Supermarket”). Likewise, the album’s last-minute addition, “Train in Vain”, may have earned the band their first big US hit, but with its tameness and almost ’60s-like sound, it sounds like a dopey surrender to the charts. Almost better the album had ended with “The Card Cheat”, an ambitious, big-sounding song that gathers the thrust of history behind it, wielding references to opium dens and the Crimean War and culminating in a sort of memento mori.

The Clash were no longer the vanguard they had been before. They seem to admit as much on “Death or Glory”, a kind of reminder of the inevitability of selling out, which contains a memorable, if rather crass, aphorism to this effect (“He who f***s nuns will later join the church”). But they had succeeded in making something that was interesting on its own terms, not simply as part of a movement: an album that showcased the range of their taste, one that no one else could have made, and that for these reasons deserves its place on best-of-the-decade lists more than their earlier work. Every cheap hood strikes a bargain with the world, but this one’s better than most.