The Who Remain Blunt as Ever on Uneven WHO 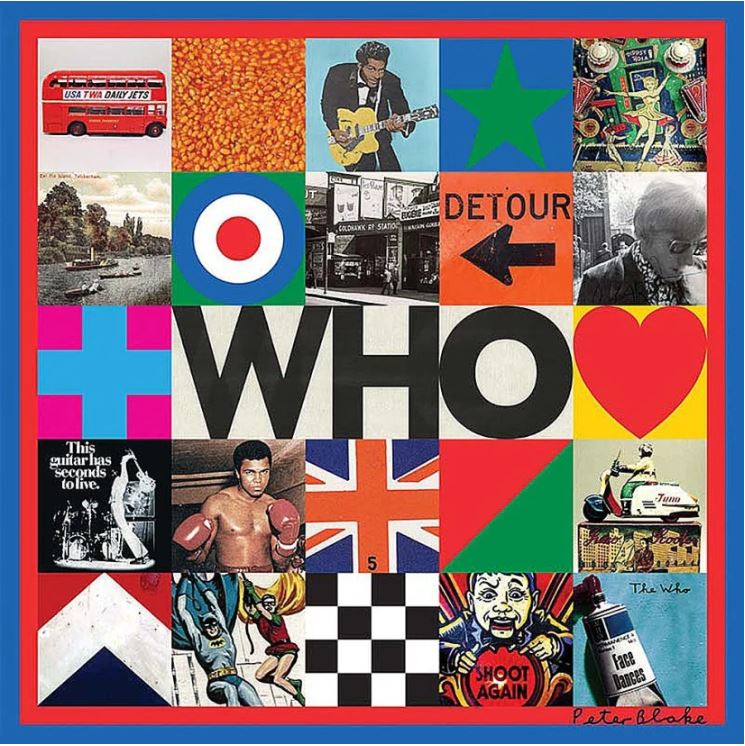 The Lowdown: Of all the original classic rock bands, The Who were perhaps the most committed ambassadors of youth. They insisted that the kids are alright, wrote entire operas from the adolescent perspective, and violently destroyed their instruments on stage, as if mocking the very idea of mortality. They did this with words, too: “Hope I die before I get old,” snarled Roger Daltrey, 54 years ago, in “My Generation”. If we’re to take them at their word, Daltrey and Pete Townshend have lived far longer than they ever wanted (or maybe expected) to.

(Buy: Tickets to Upcoming Who Shows)

Rather than retreat from that reality with nostalgia or denial, however, the duo have instead made an album that confronts aging, even dying, with nearly every breath. “I’m long gone,” Daltrey sings on “All This Music Must Fade” — the evocatively titled album opener — “and I ain’t never coming back.” There’s something alternately stirring and unsettling about icons reckoning publicly with their own impermanence, and WHO doesn’t navigate that thorny brush without the occasional fumble or overreach. But even if the band are no longer especially inventive or graceful, they’ve remained every bit as blunt as they were half a century ago when they were waging generational warfare. At its best, WHO somehow rocks with a conviction that would make the band’s younger selves proud — even if they hoped this day would never come.


The Good: Suppose that, in an effort to direct attention to the new album, The Who removed all of their classic records and greatest hits from whichever streaming services and digital platforms housed them. The good news is that, musically, the new record could almost substitute as a proper introduction to the band’s sound. Only almost because the late Keith Moon and John Entwistle formed perhaps the least replaceable rhythm section in rock history and because Daltrey has rather generously shredded much of his throat tissue to give us moments like this. He’s gracious enough to admit it on “I Don’t Wanna Get Wise”, which considers how The Who only became wealthy old men because of their roguish youthful hijinks. “I tried hard to stay young,” he sings, “but the high notes were sung.”

For the most part, he does well with what he’s still got: pulling off a convincing grizzled bluesman on the Guantanamo-protest “Ball and Chain” as well as a wistful lounge room balladeer on cabaret-ready closer “She Rocked My World”. Daltrey’s aptitude for shape-shifting was always what made the singer such a uniquely effective muse for Townshend, whose operatic excursions enlisted veritable scrolls of dramatis personae. As it builds, the soliloquy of “Rockin’ in Rage” sparks moments of Quadropheniac déjà vu.

It’s Townshend’s guitar playing, meanwhile, that nearly drowns out that passage of time altogether. From the moment he cuts, saw-like, into “All This Music Must Fade”, you know that could only be Pete playing. His style — his volleys between chunky acoustic picking and chiming Franken-chords — sounds as forceful and distinctive as it did on Tommy and Who’s Next, and more than once he nearly tricks you into thinking you’re listening to those records. Where other lead guitarists would play solos, Townshend builds textures, and they skin these songs like sandpaper. It’s hard to believe this is the same guy who takes a turn on lead vocals, towards the end of the album, on “I’ll Be Back”, an exquisitely tender ballad about leaving this life and looking on to the next — and also the highlight of the whole collection.

The Bad: Though they’re all quite convincingly performed, some of the songs on WHO are not particularly well conceived. Take “Detour”, which struts on with a Bo Diddley swagger recalling “Magic Bus”, but quickly yields to a gangly verse that just sits there, like a towel on a clothesline. “Hero Ground Zero” has the opposite problem: It’s all buoyant energy that just hops along without direction. It’s easy to hear, sure, why they debuted this song months ago while on tour with an orchestra; it lends itself easily to a vibrant, lush arrangement and surely had no problem reaching the backs of arenas. But none of that papers over the virtual absence of melody, and what was positioned as the album’s centerpiece ends up feeling more like an intermission.

WHO bottoms out with the maudlin “Break the News”, composed by Pete’s younger brother, Simon. It sounds as if plucked from some kind of factory for generic acoustic pop songs — somehow like 100 other songs you’ve heard, yet none you can actually name.

The Verdict: Pete Townshend recently told The New York Times that, even at his advanced age, he has no idea who he really is. He may well mean it, but as you listen to WHO, you get a portrait of an artist whose singularity of style and attitude has persisted over the course of more than half a century. This album may not represent one of The Who’s strongest collections of songs, but it’s the rare case study of a legacy brand as a vehicle for plumbing new ideas and moving forward. That alone — and, yes, the power chords — makes it a worthy addition to the band’s storied discography.

Essential Tracks: “All This Music Must Fade”, “Ball and Chain”, and “I’ll Be Back”