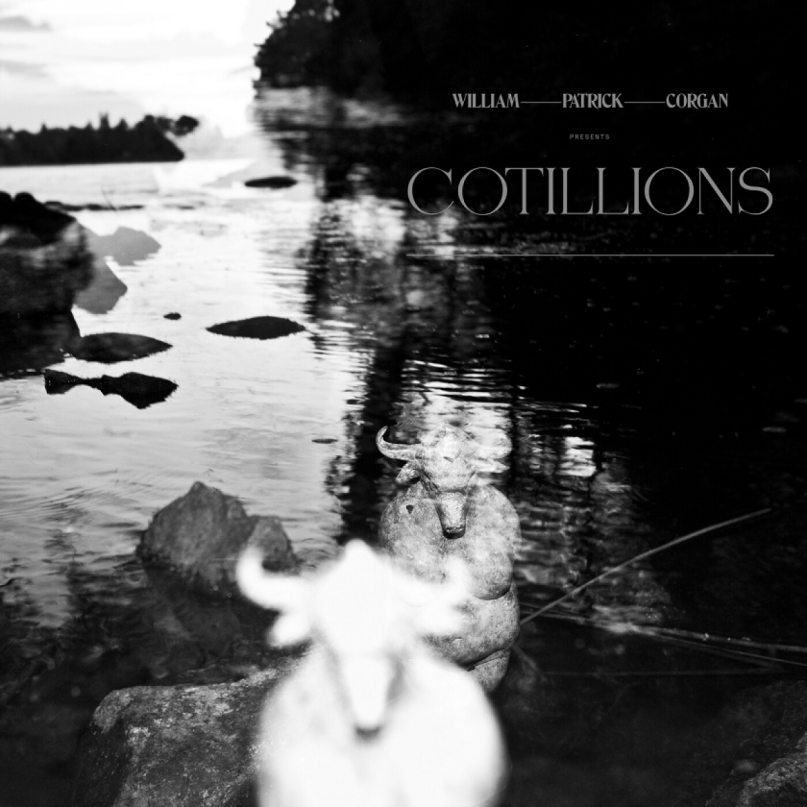 The Lowdown: The best way to enjoy the second record from William Patrick Corgan is to pull a full Chris Gaines on yourself and pretend that he’s a wholly separate person from Billy Corgan. That way, instead of being reminded of The Smashing Pumpkins’ prickly frontman and his penchant for double-dealing ex-bandmates, flirting with truther-ism, and threatening to quit touring after multiple onstage confrontations with crowd members, you can think about mild-mannered William, a gentle man with an acoustic guitar and an ear for Americana-tinged melancholy. That’s what you get on Cotillions, the new double album Corgan calls “a true labor of love” that finds him refining his take on stripped-down, middle-aged balladry that began on 2017’s Ogilala.

The Good: While the phrase “Billy Corgan country album” might’ve functioned as a chuckle-worthy punchline for most of the ’90s and ’00s, it’s a concept that proves genuinely fertile in 2019. Helped along by both the genre’s spareness and the relatively low stakes that accompany solo records, Corgan sounds downright comfortable here and leverages that comfort into a run of contemplative songs that play up his strengths as a writer and performer. Though you’d still never mistake Corgan’s trademark whine for anyone else, his voice has aged into a softer, more weathered timbre that’s particularly suited to these Americana explorations; it adds extra heft to the visions of mortality on opener “To Scatter One’s Own,” as well as the heartfelt declarations of love that radiate from “Fragile, The Spark”.

Corgan’s ear for arrangements is also keener this time around; while the best tracks on Ogilala were often bogged down by heavy, plodding pianos, those on Cotillions draw their power from the signature instruments of the record’s Nashville session players. Steel guitar adds a touch of Western mournfulness to “Hard Times” and its reflection on America’s ongoing crises, Appalachian-style fiddle turns “Jubilee” into a reel worthy of a trad session, and the convergence of the two on “Rider” conjures images of a troubadour singing the lonesomeness out of a sunset trail. When the piano does return, as on the successful title track, its cinematic drama hits all the harder. Paired with Corgan’s acoustic guitar, these instruments elevate the record’s standout tracks and save the middling ones from the skip button.

The Bad: Any double album is bound to come with some unnecessary padding, and Cotillions is no different. After racing through a dazzlingly frontloaded A side, the record begins a long middle sag that begins with “Faithless Darlin'” and ends with “Like Lambs”. Here, Corgan descends into a run of undistinguished coffeehouse jams that are overstuffed with lyrics, understuffed with ideas, and plagued by backing vocals borrowed from the most forgettable ’80s Dylan track. Corgan rights the skid for a relatively strong ending, but by then the creeping suspicions that began seven songs ago are confirmed: Cotillions is never going to find the second gear its best tracks deserved, and the westward sonic detour that made Corgan sound fresh at the start leaves him simply repeating himself by the end.

The Verdict: There’s plenty of precedent for Corgan’s move to the rootsier side of the rock spectrum; from Jon Langford and Eric Bachmann to Aaron Lewis and Kid Rock, plenty of firebrands have aged into cowboy boots over the years. The trajectory may not be surprising, but the move has nonetheless produced surprising results; freed from the pressures associated with being a frontman of a legacy rock act, Corgan delivers some of the lightest, most affecting songs he’s made in years. Unfortunately, comfort also breeds indulgence, which leaves Cotillions’ 37 excellent minutes of music rattling around within an unearned 61-minute runtime that winds up walking the record in circles. Thus, by the end, you’re likely to be left with more fatigue than devotion; turns out even labors of love could use an editor now and then.