Cardi B drops new freestyle: “A little something ’til I finish up the album”: Watch 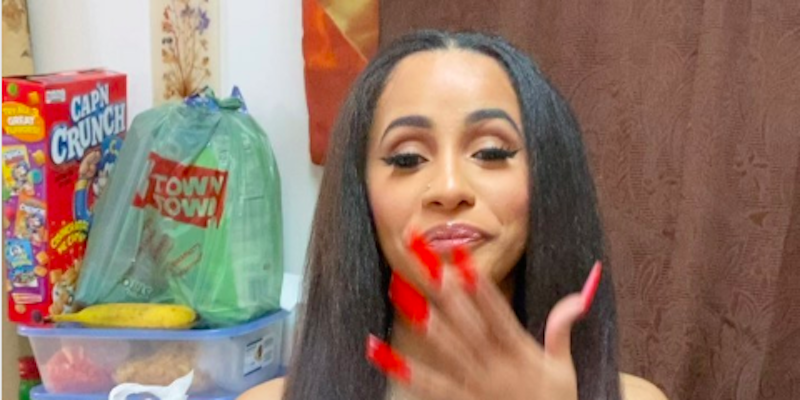 The normal rules of time don’t apply to Cardi B. She’s been a household name for what feels like forever, despite the fact that “Bodak Yellow” only came out in 2017, and her debut album Invasion of Privacy just dropped last year. Now, between judging competitors on Rhythm & Flow,  an acting cameo in Hustlers, and interviewing presidential hopeful Bernie Sanders, the Bronx superstar has somehow found time to hit the studio. Late last night, Cardi B shared a spirited new verse on Instagram, calling it “a little something ’til I finish up the album.”

As you can see below, Cardi B performs standing in front of boxes of Cap’n Crunch and store-bought Vienna Sausages, because apparently the normal rules of diet don’t apply to her, either. Cardi B delivers punchlines with pop inside of a bouncing, jazzy flow. “I be in a mansion, you be in my mentions,” she crows.

In September, Cardi B joined French Montana for “Writing on the Wall”, and last week she swung by Kimmel to read some Mean Tweets. While we’re still waiting on official confirmation of her next album, Invasion of Privacy was one of our Top 100 Albums of the Decade as well as one of our 25 Favorite Hip-Hop Albums of the 2010s.