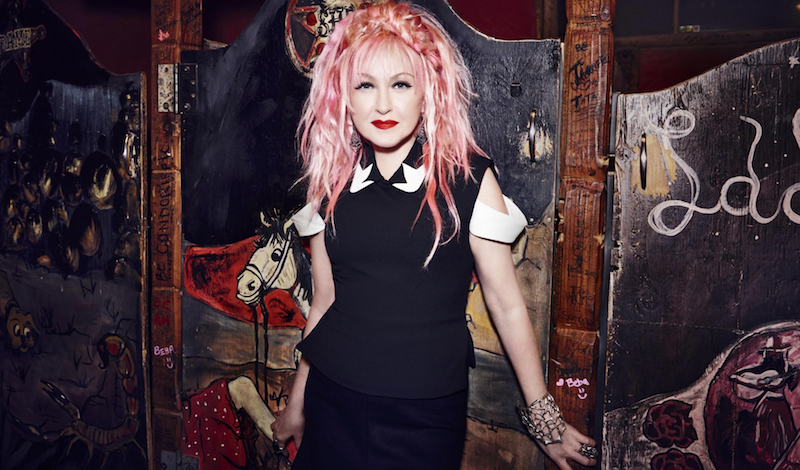 Cyndi Lauper is being recognized for her work as a longtime ally of the LGBTQ+ community. The pop singer and activist will receive the first-ever High Note Global Prize next month, a new award presented by the United Nations Human Rights Council.

Created by philanthropist David Clark, the High Note Global Prize is being given to Lauper specifically for her efforts to end homelessness among LGBTQ+ youth. Per Out magazine, “queer and trans young people make up about 40 percent of all homeless youth in America, despite accounting for less than 10 percent of the overall youth population.”

In 2008, Lauper co-founded True Colors United, an organization focused on developing programs to help prevent homelessness among LGBTQ+ young people. Her activist work was later recognized by former president Barack Obama, who personally invited the singer to his second-term inauguration event in 2013.

In a statement about the award, Clark called the 66-year-old Lauper “a voice and active participant for change [who has] inspired people around the world to be tolerant and true to themselves.”

The High Note Global Prize will be presented at Lauper’s ninth annual Cyndi Lauper & Friends: Home for the Holidays benefit concert on December 10th, which also happens to be UN Human Rights Day. Kesha will be the one to present the award, and the evening promises more celebrity appearances from folks like Billy Porter, Lily Tomlin, and Brandi Carlile. All proceeds from the event will benefit True Colors United.

Just last week, the Grammy-winning musician took to Instagram to honor the Transgender Day of Remembrance. “Today we remember victims of transphobic hate, listen to trans people and amplify their voices, and come together to fight transphobia worldwide,” Lauper’s post read.

Remembering and honoring all those who lost their lives. We have to do better. Sending love and light. ✊#TransgenderDayOfRemembrance