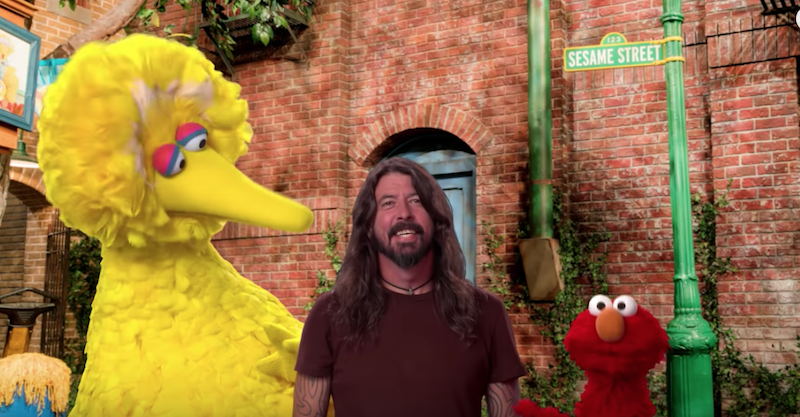 Over the summer Dave Grohl revealed his secret to making friends is grabbing a bottle of whiskey and knocking on doors. The Foo Fighters frontman recently made a stop by Sesame Street to perform “Here We Go”, a special song all about a similar sentiment (without the booze, of course).

In a short clip, the grinning singer hangs on America’s favorite street (and New York City intersection) with Big Bird and Elmo. Grohl brings up the idea that “there are friends everywhere, even ones that you don’t know.” He goes on, “There are lots of people all across America we could be friends with, we just haven’t met them yet.” From there, the three break into a soft-rock diddy as they green-screen it across the country, singing “La La La” as the rocker and Elmo trade off on lead guitar.

Aside from his new side-project with Elmo and Big Bird, Grohl’s been busy with the Foo Fighters dropping surprise EPs as part of their Foo Files archive series, and is currently back in the studio with the band working on a new record as well. The group is also confirmed to headline the upcoming Intersect Las Vegas Festival.