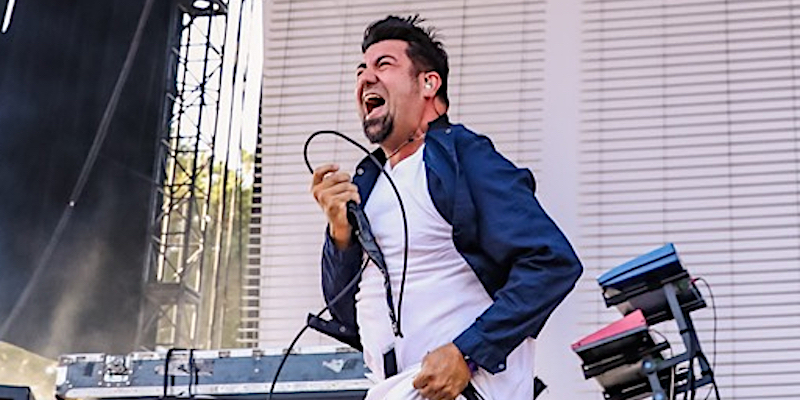 Deftones’ lost album Eros was shelved in 2008 after late bassist Chi Cheng was in a severe automobile accident. The record remains unfinished and mostly unheard, but the band treated fans to the rarity “Smile” for the first time live during their set at their second annual Dia De Los Deftones Festival in San Diego on Saturday night.

There was no better place for the live premiere of the song, as the band surprised their biggest fans at their own festival. The track is undoubtedly heavy and melodic, with Chino Moreno singing a saccharine melody over a dense mid-tempo chord progression. Moreno uploaded the track to YouTube on April 13th, 2014, on the first anniversary of Cheng’s death, only to have it removed by Warner Music Group due to copyright infringement. It remains the only recording released from Eros, albeit momentarily.

“Smile” lies closer to 2010’s Diamond Eyes than the atmospheric Saturday Night Wrist from 2006 — the two albums that bookend the Eros sessions. The album was never entirely finished, but other recordings do exist, and Deftones have played some of the songs live. Working titles for the album tracks were named after strippers — “Dallas”, “Destiny”, “Tempest”, and “Melanie”. The latter was played live twice in September 2008 in Los Angeles and Ventura, California, and a rehearsal recording of “Dallas” can be heard in a studio diary video the band shared at the time.

(Read: New Deftones Album Will “Definitely Be Out Next Year”)

Whether Eros will ever see official release remains uncertain, though their willingness to play a track from the album is encouraging. In an interview with The Independent from 2016, Moreno said that the sessions came to a halt after Cheng’s accident, and that having current bassist Sergio Vega “learn Chi’s parts” was not of interest to the band. Thus, Eros was shelved.

“If the record were finished and we were just sitting on it, we probably would have put it out by now, maybe even given it away, just so that people can hear it,” Moreno elaborated, “but it would take a lot more work to get it done.”

If anything, the core ideas for the songs were seemingly in place even if the recordings went unfinished. Perhaps we’ll hear a re-imagined Eros one day, but in the meantime, fans can look forward to a new Deftones album in 2020.