Dolly Parton stars in trailer for Netflix’s Heartstrings, based on the country singer’s hits: Watch

The eight-episode limited series is due out later this month 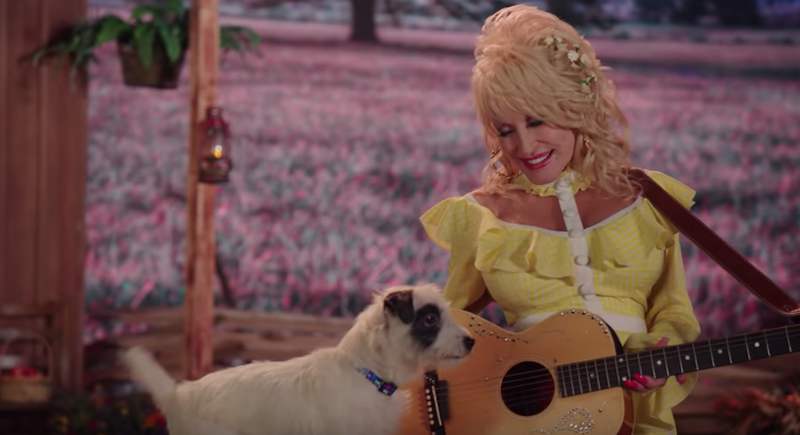 Dolly Parton is pouring herself a cup of Netflix, as the streaming service has revealed the trailer for their upcoming anthology series Dolly Parton’s Heartstrings. Out this fall, the show centers around episodic stories based off the singer’s music and promises appearances from the iconic country star herself.

The eight-part collection of episodes is packed with stars including Kathleen Turner, Delta Burke, Ginnifer Goodwin, Gerald McRaney, Kimberly Williams-Paisley, and Melissa Leo. According to Rolling Stone and as teased in the first preview, Parton will pop up for roles in multiple episodes.

Half the series will revolve around a number of the country singer’s well-known hits: “Jolene”, “If I Had Wings”, “Two Doors Down”, and “Down From Dover”. The other four episodes will feature stories based on slightly deeper cuts like “Sugar Hill”, “These Old Bones”, “JJ Sneed”, and “Cracker Jack”. As the trailer reveals, the series will veer between time periods, everywhere from the old west to a modern barroom stage.

(Read: 10 Country Albums Every Music Fan Should Own)

“Songs, they’re just stories put to music,” Parton says during one of her cameos in the preview. “Songs that I’ve written, they’re stories of my life. Every triumph, every struggle, every smile, every sorrow — it’s the melody of my memories. It’s the sound of my heartstrings.”

In other news, will we ever get that Dolly Parton and Lil Nas X remix?