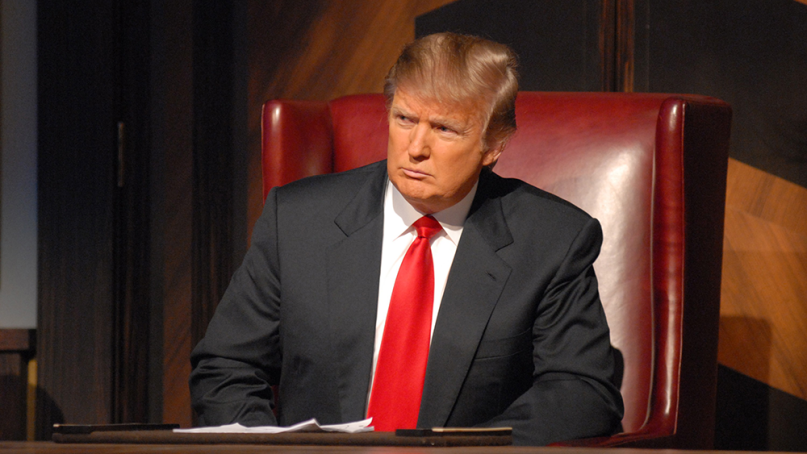 Donald Trump on The Apprentice

In an attempt to distract from his administration’s own blatant corruption, Donald Trump has called for an investigation into Barack Obama’s deal with Netflix, alleging without evidence that Obama negotiated the partnership while in office. All the while, Trump himself has apparently been planning his own post-presidency television ventures.

According to The Daily Beast, Trump remains in contact with The Apprentice creator Mark Burnett, and the two have discussed “reviving their creative partnership” following the end of Trump’s presidency. Among the ideas on the table is a politics-themed offshoot of The Apprentice called — wait for it — The Apprentice: White House.

“There have been several discussions between Burnett and Trump about The Apprentice: White House,” a person with knowledge of the situation told The Daily Beast. “It is something Burnett thinks could be a money-spinner and Trump is very keen on doing.”

Trump, of course, hosted The Apprentice for 14 seasons between 2004 and 2015. When he announced his run for president in 2015, NBC ended its relationship with Trump. Arnold Schwarzenegger briefly hosted a reboot of the show, which was ultimately canceled after one season in 2017.

Though Burnett briefly distanced himself from Trump during the 2016 campaign, citing Trump’s “hatred, division, and misogyny,” the two later rekindled their relationship, The Daily Beast reports. In fact, Burnett has gone as far as to shield the release of unaired footage of The Apprentice which apparently includes scenes in which Trump uses racially and sexually-charged language.

A spokesman for Burnett denied he’s had talks with Trump about potential TV projects.