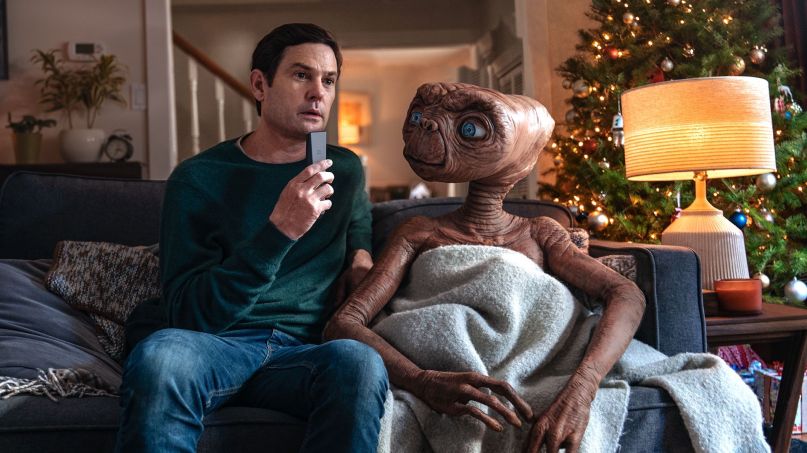 E.T. the Extra-Terrestrial and Henry Thomas reunite in Xfinity commercial

It’s a moving commercial, all things considered, mostly due to all the callbacks and the use of John Williams’ iconic score. Die-hard fans will no doubt revel at seeing several accoutrements from the OG film, from the Raggedy Ann doll to the ivy backyard patio.

Thomas, fresh off his surprise role in Mike Flanagan’s Doctor Sleep, doesn’t miss a beat, either. When E.T. arrives, mistaking his son for a young Elliott, the veteran star runs to him the same way all of us would given the occasion. Prepare yourself, you might need Kleenex.

As you’ll see below, though, things have changed around Elliott’s household, and his kids aren’t too invested in Star Wars figures and Pez. No, they’re hip to the digital age, and like Elliott before them, show E.T. their newfound technology. It’s such a rare piece of affective marketing.

And not gonna lie, a sequel doesn’t sound too bad.