Somebody already wrote a book about Greta Van Fleet

Hard Work: The Greta Van Fleet Story is out now, and it looks like a complete hack job

by Ben Kaye and Nina Corcoran 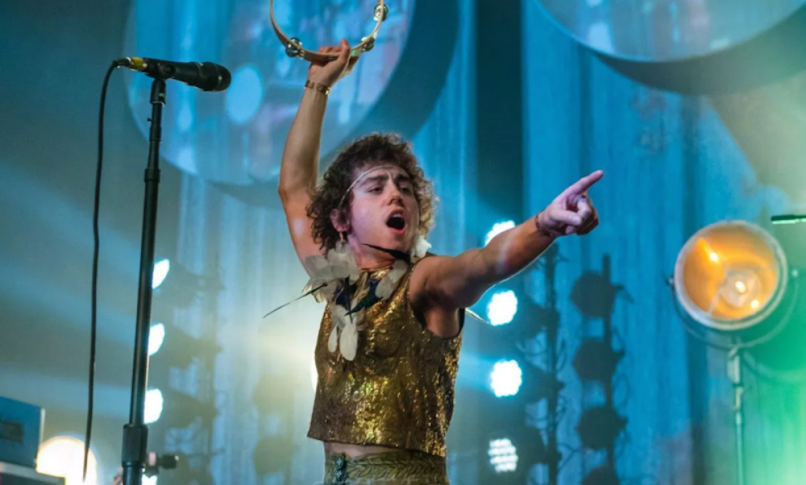 Greta Van Fleet ascension to mega-stardom was a swift one, with the Michigan rockers becoming a top-billed act well before the release of their Anthem of the Peaceful Army debut album. Yet apparently there’s a deeper story behind them than “sound like Led Zeppelin when it’s algorithmically appropriate.” Thankfully, someone has taken it upon themselves to peel back the completely nonexistent mystery surrounding the rock outfit in a new unauthorized biography, Hard Work: The Greta Van Fleet Story.

The book’s author, New York Times bestseller Marc Shapiro, said in a statement, “[Hard Work] is biography but it is also a blueprint to anybody that wants to make real, believable music. Greta Van Fleet slugged it out in the rock and roll trenches and their reward is that they are currently one of the biggest bands on the planet. If you follow their lead, you can get there too.”

So that right there should have you calling BS. Greta Van Fleet came up pretty much immediately, with their debut single, “Highway Tune”, topping the Billboard Mainstream Rock and Active Rock charts upon its release. That’s hardly “slugging it out in the trenches.”

This sort of shifty non-writing seems to be Shapiro’s bread and butter. He’s published unauthorized biographies on the likes of Lin-Manuel Miranda, Creed, Mary Tyler Moore, Norman Reedus, Susan Sarandon, Donald Trump, Lindsay Lohan, Katie Holmes, and BTS. If you read some of the reviews of these profile masterstrokes, it seems these books are full of typos and jack content from previously published interviews. The unauthorized biography of J.K. Rowling in particular has dozens of negative reviews accusing Shapiro of getting major facts wrong.

However inaccurate it may be, it’s not likely to sway any opinions. Artists like Jack White, Billy Corgan, and The Darkness have already cosigned the band, while Steven Wilson slammed them as a “boy band version of Led Zeppelin”, Colin Jost trolled them on the same SNL episode on which they bombed, and the woman who inspired their name even said it’s “not my favorite music.”

Fans of Greta Van Fleet have plenty of real news to look forward to from the band. They’re currently working on their sophomore album, which is “much different” from their debut. They’re also on the road for a headlining tour, and will open for Metallica on tour next spring. Find tickets for all of their upcoming concerts here.