Grimes: "It's a cool time be creating now, as we're presumably nearing the end of human-only art" 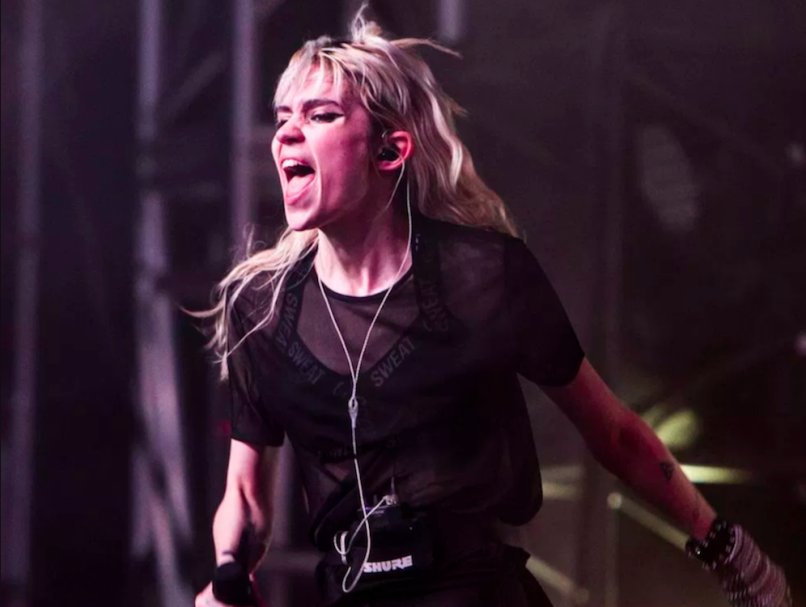 Unlike most guests on the Mindscape podcast, Grimes isn’t actually a scientist, but she is a highly knowledgable science enthusiast with a unique perspective on technology. In a wide-ranging interview with host Sean Carroll, Grimes, who now prefers to go by ‘c’, argued, “I think that live music is going to be obsolete soon,” because of advances in Artificial Intelligence.

In the long term, Grimes is preoccupied with the technological threshold known as Artificial General Intelligence, the point at which A.I. becomes capable of learning any intellectual task that a human being can perform. “I feel like we’re in the end of art, human art. Once there’s actually A.G.I., they’re gonna be so much better at making art than us…once A.I. can totally master science and art, which could happen in the next 10 years, probably more like 20 or 30 years.”

But even now, Grimes sees live music trending in that direction.

“DJs get paid more than real musicians. It’s kind of like Instagram or whatever. People are actually just gravitating towards the clean, finished, fake world. Everyone wants to be in a simulation. They don’t actually want the real world. Even if they think they do and everyone’s like, ‘yeah, cool, live music!’ if you actually look at actual numbers of things, everyone’s gravitating towards the shimmery perfected Photoshop world.”

Grimes and Carroll also discussed digital personae, the creative process, and the broader intersections of science and music. Listen to the full interview below.

Afterwards, Grimes took to Twitter to clarify some of her thoughts. She recommended the forward to Life 3.0 by Max Tegmark, specifically how “he illustrates a cool example of what could happen when AGI gets to a point where it can be generating groundbreaking art very quickly. Not saying humans will stop making art – just saying it will be very hard to compete w this and therefore art will forever changed. So it’s a cool time be creating now, as were presumably nearing the end of human-only art.” [sic]

Grimes has been exploring these issues musically as well. Last year she dropped “We Appreciate Power”, a song philosophically concerned with Artificial General Intelligence. Grimes’ new album, Miss_Anthropocene, is a concept album about the Goddess of Climate Change, and arrives February 21st. From Miss_Anthropocene we’ve seen a video for “Violence” and heard the song “So Heavy”.

If you’re tired of looking to the future, then feel free to glance back at Grimes’ previous works, which appeared on our lists of the Top 100 Albums, Top 100 Songs, Top 25 Pop Albums, and Top 25 Pop Songs of the decade.