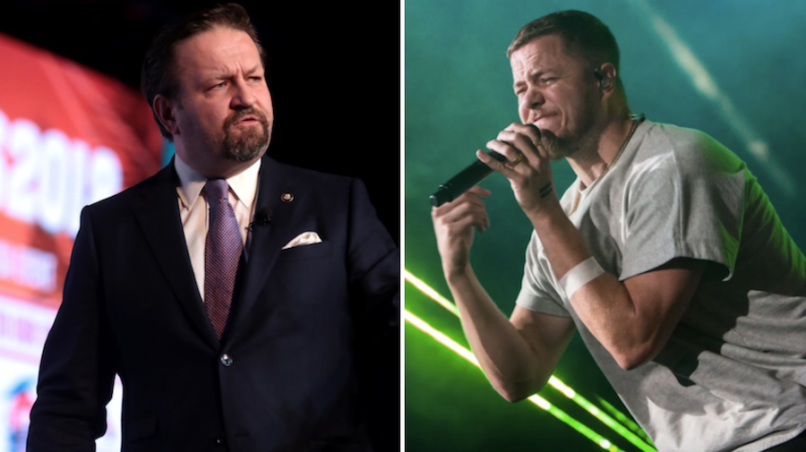 Sebastian Gorka, a former advisor to President Trump with alleged ties to Nazis, has been banned from YouTube because he won’t stop playing Imagine Dragons.

During initial broadcasts of his radio program America First, Gorka got into the habit of playing Imagine Dragons songs, especially “Radioactive” (via The Daily Beast). Many of the episodes were subsequently uploaded to YouTube, which of course has different licensing rules than radio. This unauthorized usage has now drawn Gokra into conflict with Imagine Dragons’ frontman Dan Reynolds.

Reynolds seems to have learned of Gorka’s copyright abuses during an August Twitter exchange in which a journalist pointed it out. Reynolds tweeted, “Thanks for bringing this to my attention. I’ve never given permission for this use. Please stop playing imagine dragons on your show @SebGorka.”

thanks for bringing this to my attention. I’ve never given permission for this use. Please stop playing imagine dragons on your show @SebGorka

According to Reynolds’ Twitter account, Imagine Dragons have been trying to stop Gorka for more than two months. For his part, the conservative host either didn’t see the notices, didn’t care, or loved “Radioactive” to an almost compulsive degree. Towards the end of October, Reynolds’ label successfully had more than 40 of Gorka’s videos blocked — but that wasn’t stopping the former White House official. Reynolds passed along a statement from Universal Music Publishing Group that said, “Confirming all 42 links are blocked, however, Gorka has uploaded more videos with the song in it. I will continue to monitor the page and submit links to be blocked daily.” Reynolds added that he was “losing my mind on this.”

From Universal
"Confirming all 42 links are blocked, however, Gorka has uploaded more videos with the song in it. I will continue to monitor the page and submit links to be blocked daily."

losing my mind on this. thanks for keeping on my radar. X

Finally, on the afternoon of Monday, November 4th, Gorka’s YouTube channel was completely, permanently deleted. A statement from YouTube confirmed it “was terminated due to multiple copyright strikes.” And just like that, Imagine Dragons slayed a real one.

Imagine Dragons have taken a lot of crap for their endlessly inoffensive approach to commercial rock, and earlier this year they issued a response. Whatever you think of the music, you can’t deny their popularity; just recently we learned Imagine Dragons have one of the most watched rock music videos of the decade.

Of course, Gorka is by no means the only MAGA thumper whose been on the losing side of a copyright dispute. His old boss, Donald Trump, recently got on dunked by Nickelback after using the song “Photograph” without permision.