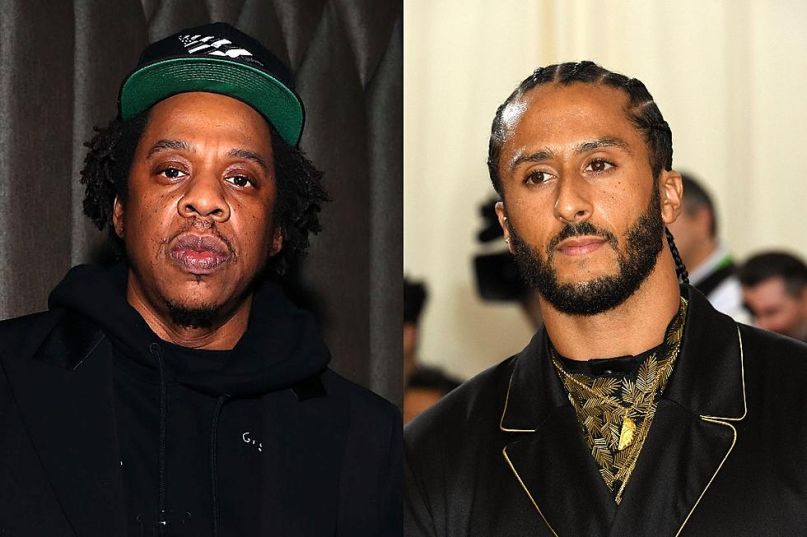 JAY-Z is reportedly “disappointed” with Colin Kaepernick over his decision to skip a NFL tryout in Atlanta on Saturday.

Kaepernick scrapped plans to participate in the officially sanctioned event, following a disagreement with the league over a liability waiver and media availability. Instead, the quarterback held his own workout at a nearby high school without the league’s involvement. Though Kaepernick’s event was open to the public and the media, representatives of only eight NFL teams ended up attending, according to ESPN.

JAY-Z, who pushed the NFL into giving Kaepernick the tryout, is said to be “disappointed” with the quarterback’s actions. TMZ reports that sources close to JAY-Z felt Kaepernick “turned a legitimate workout into a publicity stunt.”

Since 2016, Kaepernick has been ostracized by the league for his decision to kneel during the National Anthem in protest of institutional racism and police brutality. JAY-Z publicly defended Kaepernick in the past and felt he took a “reputational bullet” for the NFL when he signed on to become the league’s “live entertainment music strategist” last year. As such, he encouraged the league to give Kaepernick another look, even though the quarterback hasn’t appeared in a NFL game in three years.

Speaking to reporters following his workout, Kaepernick said, “I’ve been ready for three years. I’ve been denied for three years. We all know why I came out here. [I] showed it today in front of everybody. We have nothing to hide. So we’re waiting for the 32 owners, 32 teams, [NFL commissioner] Roger Goodell, all of them stop running. Stop running from the truth. Stop running from the people.”