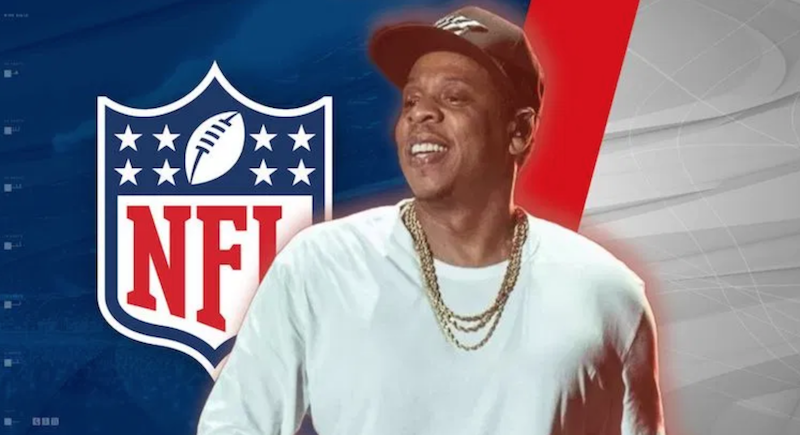 JAY-Z (photo by Amy Price) and the NFL

Since JAY-Z announced his partnership deal with the NFL, Colin Kaepernick and his representatives have had nothing but criticism for the mogul. That tune soon might change, as it looks like Hov helped organize the former San Francisco 49ers quarterback’s upcoming workout for NFL teams.

While explaining the details of Kaepernick’s surprising workout, NFL.com’s Ian Rapoport mentioned JAY-Z may have used his influence to push the league to give the former star QB another look (via Complex). “I am also told that JAY-Z — who has been working with the NFL on some social justice initiatives — was involved in this and pushed this idea to some extent,” he stated.

The business tycoon signed on as the NFL’s “live entertainment music strategist” back in August, a position that also sees him working on the league’s social initiatives. Since then, Hov’s been under heavy fire, though he’s continued to defend the decision. In JAY’s view, the deal didn’t conflict with his support of Kaepernick, who was ostracized by the league for his choice to kneel during the National Anthem in protest of institutional racism and police brutality. He had opted out of his 49ers contract after the 2016 season and went unsigned as a free agent despite his indisputable talent.

During a press conference in August, the JAY-Z explained,

“We forget that Colin’s whole thing was to bring attention to social injustice. In that case, this is a success. This is the next phase. There [are] two parts of protesting. You go outside and you protest, and then the company or the individual says, ‘I hear you. What do we do next? For me it’s like action, [an] actionable item, what are we gonna do with it? Everyone heard, we hear what you’re saying, and everybody knows I agree with what you’re saying [in Kaepernick’s underlying message]. So what are we gonna do? You know what I’m saying? [Help] millions and millions of people, or we get stuck on Colin not having a job.”

Kaepernick is scheduled to work out for any interested NFL teams this Saturday in Atlanta. If he ends up coming back to the NFL, perhaps Rihanna will rethink taking part in the Super Bowl Half Time show.

Two notes: 1. Jay-Z, a partner with the NFL on social justice, had some influence here. 2. This is not part of Kaepernick’s settlement, nor did he ask for this in his settlement. https://t.co/6l7z3MYJ5x

I’m just getting word from my representatives that the NFL league office reached out to them about a workout in Atlanta on Saturday. I’ve been in shape and ready for this for 3 years, can’t wait to see the head coaches and GMs on Saturday.