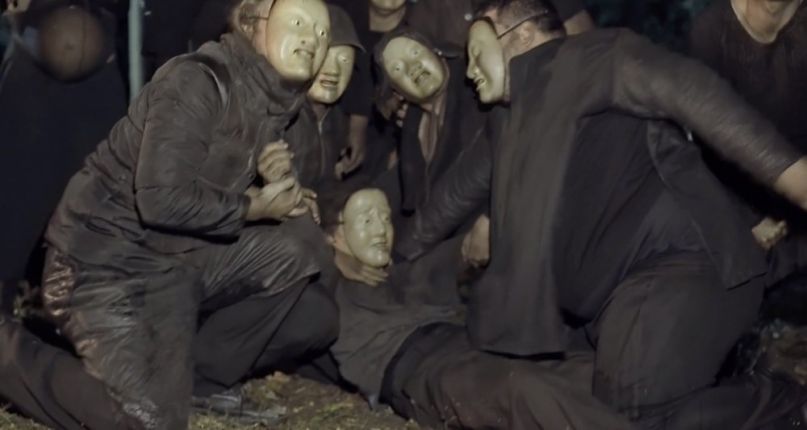 Jonathan Glazer isn’t one to rush things. The English filmmaker has only three films to his name — 2000’s Sexy Beast, 2004’s Birth, and one of this decade’s best films in Under the Skin — yet all of them thrive from their respective singularity. Then again, he built his career on making some of the most iconic music videos of all time (for Radiohead, Nick Cave, and Massive Attack, no less), so his resume’s hardly relegated to features.

Well, after nearly a decade in waiting, Glazer is back with a new six-minute short for BBC and A24 titled The Fall. Like so many of his films, it’s a coarse and mercurial experience, so we’ll let the synopsis do the talking: “A masked mob cruelly punish a lone masked man.”

Or rather Glazer himself, who told The Guardian last month: “I think fear is ever-present, and that drives people to irrational behaviour. A mob encourages an abdication of personal responsibility. The rise of National Socialism in Germany for instance was like a fever that took hold of people. We can see that happening again.”

Watch the film here and never wanna venture into the woods ever again.