A free-wheeling conversation about scorpions, songwriting, and why he doesn't read reviews 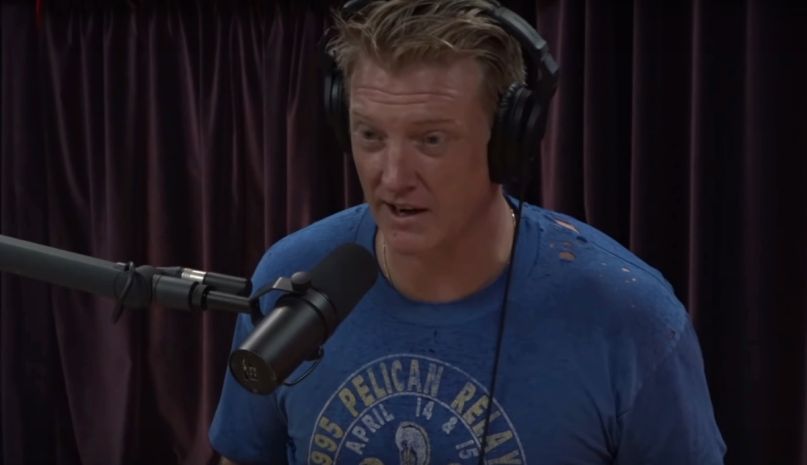 Queens of the Stone Age frontman Josh Homme appears as a guest on the latest episode of Joe Rogan’s podcast The Joe Rogan Experience. Their free-wheeling two-hour-plus conversation runs the gamut of topics, from Aztec and Mayan architecture, to Impossible Burgers, to discussions on manifestation and concepts proposed by Esther Hicks.

Homme also recounted his early days living in the desert and being stung by a scorpion, explained why he avoids the Internet and doesn’t read criticism about his artwork, and spoke about the influence Ween has had on his own music making.

Watch the full episode below. In related news, Homme recently released two new volumes of Desert Sessions, and is open to the possibility of a new Them Crooked Vultures record.