Jude Law and John Malkovich bless us with The New Pope trailer: Watch 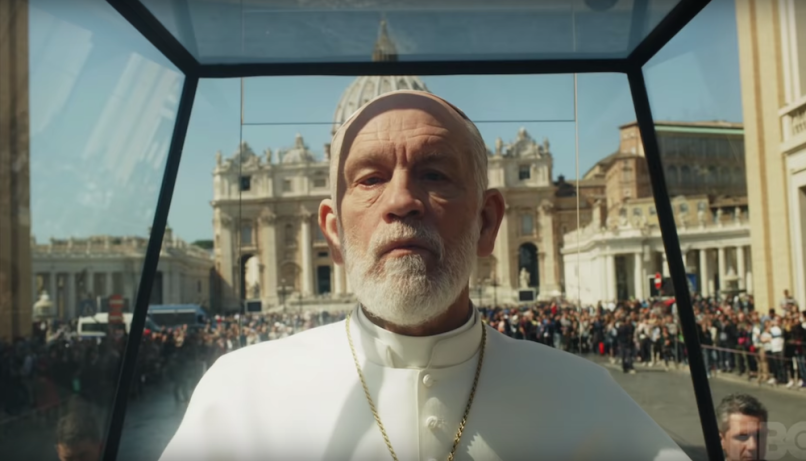 Religious experiences can be as self-centered as you want them to be, or maybe they can be only if you’re the Pope. In the newest trailer for HBO show The New Pope — Paolo Sorrentino’s anthology sequel to his hit limited series The Young Pope  — we see John Malkovich repeatedly cave in to his own conceited tendencies. It’s a different direction that the show’s original star Jude Law took when leading the Catholic Church.

The New Pope picks up where The Young Pope left off, with Pope Pius XIII, played by Law, in a coma. As such, it follows what happened after the medical emergency rendered him incapacitated and how the new Pope, played by Malkovich, is leading the people in his absence. It’s a classic case of one flawed leader filling in for another, only the new one is much older and armed with some gothic eyeliner.

Keep in mind that this new spin-off will include some wild guest stars, including Marilyn Manson and Sharon Stone, so it will likely become a quick talking point once the show begins. The New Pope airs on HBO in January of next year. It’s best to pop that release date in your calendar so you don’t fall victim to spoilers — though, to be fair, one of the best parts about The Young Pope wasn’t just the plot, but rather the way it was performed by the cast.

Whereas the first teaser trailer played up Law’s coma-induced dream state of being, this new trailer amps up Malkovich’s intentionally deceitful grasp on reality. The trailer takes your original preconceived notion of what it means to be the Pope and throws it into an underground neon club, complete with religion’s own unique vices. In other words, The New Pope looks to be sacrilegious and overtly religious simultaneously. Watch the trailer below.