The two country stars previously recorded a holiday song together 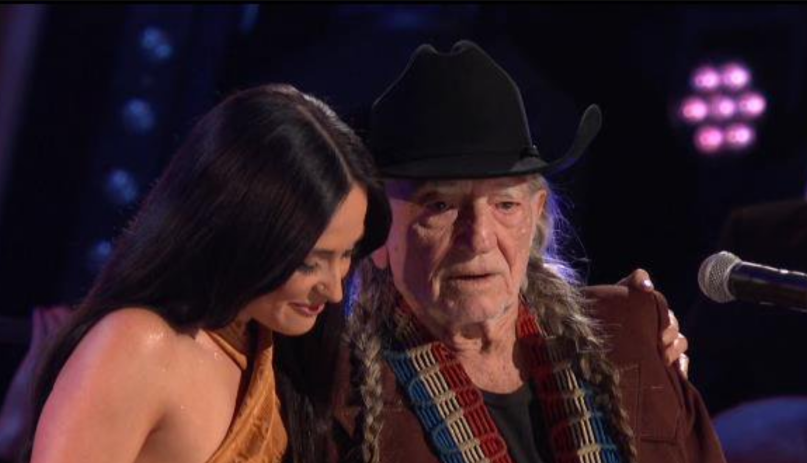 Willie Nelson and Kacey Musgraves at the CMAs

Kacey Musgraves and Willie Nelson took centerstage at the 2019 CMA Awards on Wednesday for a very special performance. The two country music stars joined forces for a moving collaborative cover of The Muppets classic “Rainbow Connection”.

Nelson has long been drawn to the 1979 Muppet Movie track, including a cover of it on his 2001 album of the same name. As for Musgraves, Good Morning America recently unearthed an adorable throwback video of the Golden Hour singer covering the track when she was just nine years old.

This marks the third time Musgraves and Nelson have teamed up. The outlaw country artist previously appeared on Musgraves’ A Very Kacey Christmas holiday album from 2016, as well as on “Are You Sure”, a hidden track on Musgraves’ 2015 LP, Pageant Material. Musgraves also opened for Nelson during one of his 2014 tours.

Replay video of the CMA performance below. Catch both acts as they tour for the next few months — Musgraves’ tickets can be found here, while Nelson’s are available here. Also, make sure to listen to the recent season of The Opus focusing on Nelson’s Red Headed Woman.

We think @KaceyMusgraves and @WillieNelson have THE rainbow connection! #CMAawards pic.twitter.com/l4Lxqxdw0H

Nelson is the focus of the latest season of The Opus. Revisit the first epiode below.