The two hip-hop titans have never previously worked together 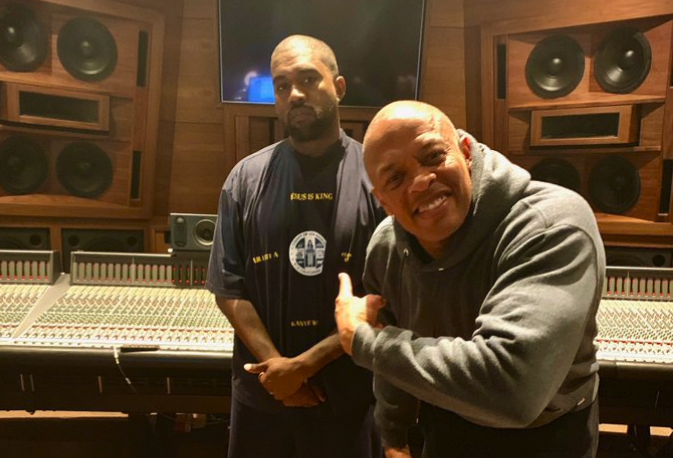 Unfortunately, it doesn’t look like Kanye West is giving up the Christian rap thing anytime soon. Almost as soon as Jesus Is King was released, Kanye announced that another album, titled Jesus Is Born, would be coming on Christmas Day. Now, he’s seemingly revealed plans for a third album — a sequel to Jesus Is King.

Most intriguing, however, is who Kanye will be working with on the project: “Ye and Dre Jesus is King Part II coming soon,” Kanye wrote to caption a new photograph of the two in the studio. That’s right, Kanye has apparently teamed up with Dr. Dre.

If such a collaboration does in fact come to fruition, it’ll mark the first time Kanye and Dre have worked together. Of course, over the years Kanye has announced a lot of different projects that ultimately fell by the wayside, so don’t get too excited just yet. Anyone remember Yandhi? Or Watch the Throne 2? Or Cruel Winter? Or that collaborative album with Drake?

For now, Kanye is keeping busy with his Sunday Service gospel choir. Over the weekend, they played shows at a Houston jail and Joel Olsteen’s Lakewood Church. He’s also announced plans for his first-ever opera, Nebuchadnezzar, but got artwork for the program wrong.