Fans were served a Styrofoam plate of lukewarm pancakes, bacon, sausage, and grits 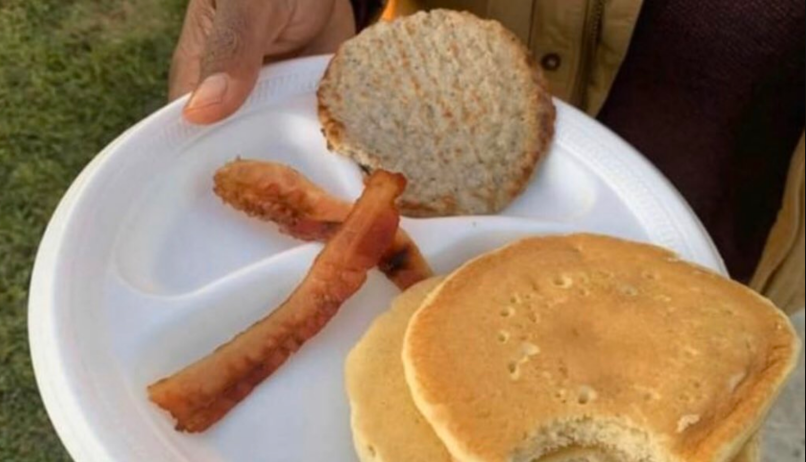 Perhaps nothing better sums up Kanye West in 2019 than the shitty ass brunch served to fans who attended a Sunday Service event in Baton Rouge on Friday.

Per The Daily Mail, organizers charged $55 for a Styrofoam plate of lukewarm pancakes, bacon, sausage, and grits. Several attendees subsequently took to social media to post photos of the meal, which they likened to the food served at Fyre Fest. Compounding their frustration was Kanye’s late arrival to the event; what was originally scheduled to begin at 6pm didn’t actually get underway until well after 8:00 p.m. local time.

To be fair, despite Kanye’s recent conversion, he remains a capitalist at heart. He recently boasted about receiving a $68 million tax refund, which he attributed to becoming a born-again Christian. All the while, he continues to hawk $200 sweatshirt embroiled with “Sunday Service” and other religious phrases he sought to copyright, in promotion of an album that arrived a month late and still left much to be desired.

All that’s to say, it’s no surprise that Kanye’s Sunday Service brunch was overpriced, late, and absolute trash.

Lmao. I don’t know what kind of spell Kanye has on you guys. Hopefully you guys snap out of it one day #Brunchella pic.twitter.com/Za4TouRJAE

Fans that attended Kanye’s sold out Brunchella in Baton Rouge spent $55 for brunch and got this. Would you ask for your money back or just enjoy the experience? pic.twitter.com/jINN6BSYQ6