Kristen Stewart has a Pinegrove tattoo 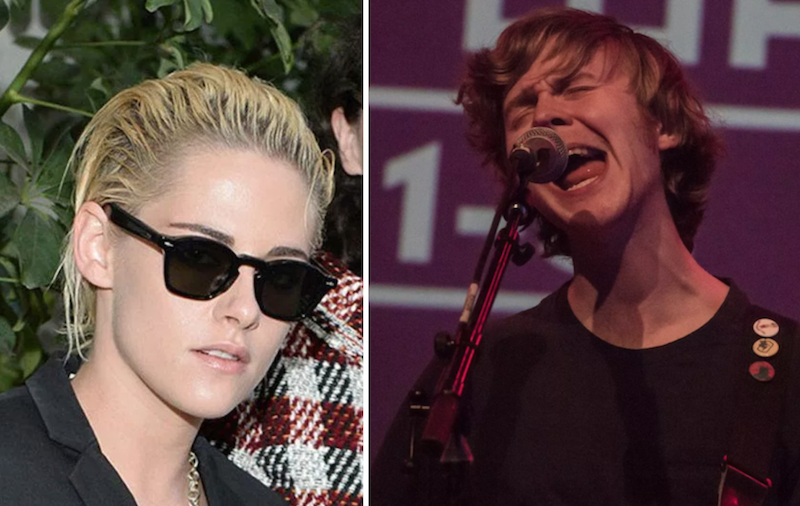 Kristen Stewart is no stranger to the world of indie music. In the past, she’s cameoed for Jenny Lewis, and directed a video for  CHVRCHES’ “Down Side of Me”. But it turns out Pinegrove is her favorite band of all, and she has the tattoo to prove it.

As Stereogum points out, in a recent Fandango interview for Charlie’s Angels, Stewart and her co-stars Naomi Scott and Ella Balinska talked over the new film’s recently released soundtrack, featuring pop titans like Miley Cyrus and Ariana Grande. The actresses admitted they haven’t gotten around to listening to it yet, and as the three joked about Stewart’s requests on set to listen to less-mainstream things like The Cure, Scott remembered she’d turned the crew onto a band called Pinegrove. “I have a Pinegrove tattoo” Stewart remarked. “I love those guys, that’s my favorite band.”


For those mega Stewart fans it likely comes as no surprise, the actress has been spotted in the band’s T-shirt before. Meanwhile, the New Jersey rockers will be releasing their fourth LP Marigold this coming January, and have a string of upcoming tour dates. Stewart and the rest of you guys can get your tickets here.

"I have a Pinegrove tattoo. I love those guys. It's my favorite band." https://t.co/iJw1a88eHN pic.twitter.com/seReB1e7Yg

why are none of you talking about kristen stewart wearing a pinegrove shirt? pic.twitter.com/iG2rtbOrzm