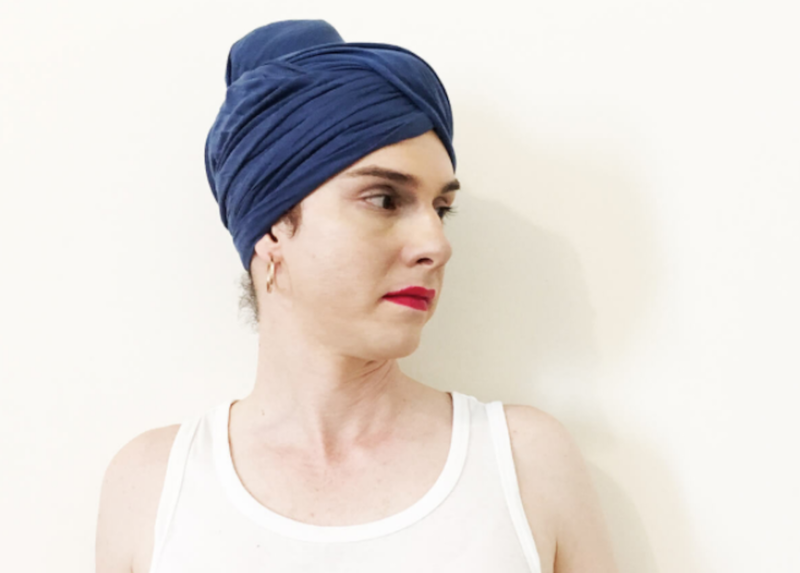 LCD Soundsystem’s Gavilán Rayna Russom has released her debut record The Envoy. Stream it below via Apple Music or Spotify.

Though it’s a solo debut, the NYC avant-garde artist has been making music for decades, and it shows. The nine-track collection of electronica swerves between industrial and ambient, but with precision. With contributions from Cosey Fanni Tutti and brass arrangements from Peter Zummo, the songs were created as a structure for Russom to explore her “conclusions on intersections of gender and electronic music,” according to a press release.

In a recent interview with them., the artist, who came out publicly as transgender in 2017, discussed taking inspiration from a childhood love of sci-fi and fantasy, specifically Ursula K. Le Guin’s The Left Hand of Darkness. “That book is full of all of these charged up moments. I ingested all of it. Then as I approached making the [musical] pieces, it came out in these different ways,” She explained. “[The Left Hand of Darkness] very carefully and fully proposes a radically different idea about gender that seems totally feasible.”

The Envoy is now available via Ecstatic Recordings. Physical and digital copies are available via the label’s online store. Russom will be performing a one woman show as the finale to her residency at Brooklyn’s National Sawdust on November 24th. Tickets are available through eventbrite.

Stream the full debut below, followed by the album artwork and tracklist.