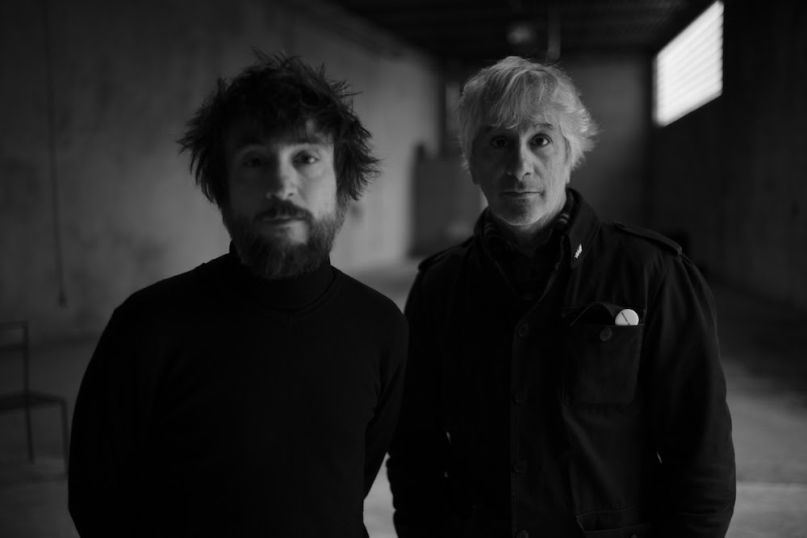 Sonic Youth co-founder Lee Ranaldo has a new album on the way early next year. Titled Names of North End Women, it’s a collaborative effort with Raül Refree, famed Spanish producer and songwriter known for his past work with Ranaldo and Rosalía.

Due out February 21st through Mute Records, the follow-up to 2017’s Electric Trim is described by Ranaldo in a press statement as “the beginning of a new partnership, a new configuration.”

Part of this new chapter sees adroit guitarist Ranaldo shelving his trusted instrument in favor of marimba, vibraphone, and samplers. Also used was a modified cassette machine Ranaldo had previously used in performances some 25 years ago.

“We were mixing in all these strange analog sounds from old cassette tapes, dealing with tape hiss; using very new technology and very old technology and mixing them together,” Ranaldo recalled of their recording process. Added Refree, “This record began as playing with samplers and cassette players, as experimental music, musique concrete, poly-rhythms.”

Names of North End Women takes its title from a neighborhood in Manitoba, Canada, whose streets were all named after women such as Lydia, Kate, Harriett.

To coincide with the album announcement, Ranaldo and Refree have shared a music video for the title track. The single was initially premiered on This Must Be the Gig earlier Wednesday, which also featured the pair’s first interview about Names of North End Women.

Check out the video below, which takes the form of a free edit of Austrian avant-garde filmmaker Peter Tscherkassky’s 1999 film Outer Space – itself an appropriation of The Entity (1982, Sidney J. Furie).

Pre-orders for the record have begun. The dynamic duo has a few 2020 tour dates already lined up in support.