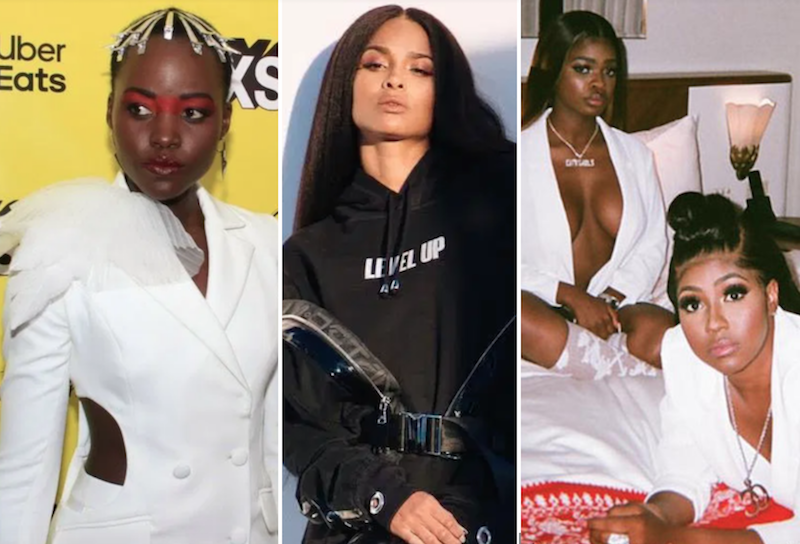 Lupita Nyong’o is many, many things. She’s an Oscar winner, a Tony nominee, a member of both the Star Wars and Marvel universes, and she’s even a Beyoncé and a JAY-Z lyric (and extra bonus, she stars in JAY-Z’s “MaNyfaCedGod” video, too). Turns out she’s also something of a rapper herself, apparently dropping bars under the Common-bestowed name Troublemaker. Today, fans get to hear what she’s like behind the mic thanks to a featured spot on Ciara’s new gang track “Melanin”.

Amidst shoutouts to other powerful black women, everyone gets their turn to take the spotlight. Nyong’o’s bars are admittedly the clunkiest of the bunch, but it’s still fun hearing the actress spit. “I keep it so classy/ Cover girl you know I’m sassy/ My hue on dark chocolat/ Movie deals, I get a lot,” she rhymes. “Yea, ’cause I’m a brown skin girl/ These melanin girls ’bout to run the whole world.”

Said Ciara of the track in a press release,

“This is ultimately an anthem of self-love, which is a journey I’ve been on since my Beauty Marks album. It celebrates the beautiful shades of culture that comprise the inner and outer beauty of everyone. Embracing the unique nature of our skin tones threads together the tapestry of humankind.”

Take a listen to “Melanin” below.