Mura Masa teams up with Slowthai for new song “Deal Wiv It”: Stream 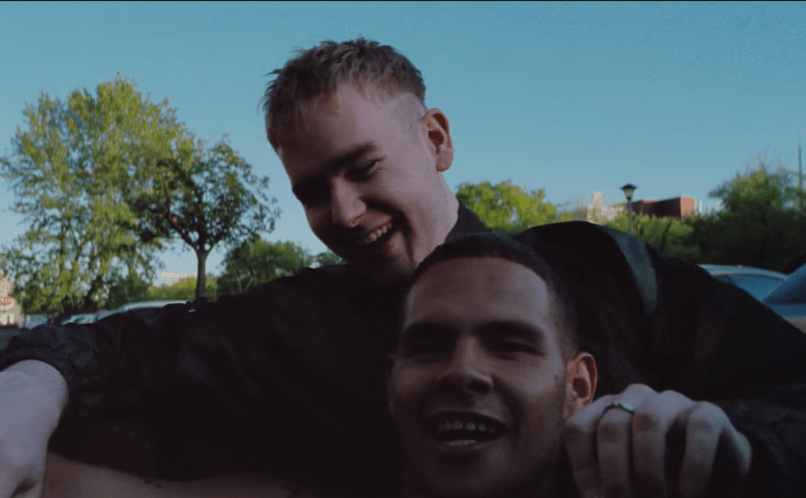 Mura Masa and Slowthai have teamed up for a wild new single called “Deal Wiv It”. Better yet, to celebrate the collaboration, they’ve shared a music video that expands upon the song’s free-spirited mood. Check it out below.

“Deal Wiv It” is the third single we’ve heard from Mura Masa’s upcoming sophomore album, R.Y.C. (Raw Youth Collage), which drops on January 17th via Geffen. First came “I Don’t Think I Can Do This Again” featuring the lovely Clairo, followed by “No Hope Generation”. His partnership with Slowthai on this new single, however, showcases a grittier side of Mura Masa’s electronic tinkering.


Keep in mind this isn’t the first time the two have joined forces. Back in 2018, they linked arms to create Slowthai’s breakout hit “Doorman”, but never have they sounded as raw with creative energy as they do on this new track. With “Deal Wiv It”, both Mura Masa and Slowthai reach a new high; it sounds like a distorted Blur track with the reckless narration of The Streets or Sleaford Mods. In other words, it’s straight-up British bliss.

In the music video for “Deal Wiv It”, Slowthai lights a cigarette in a house, stands up for a stroll, and goes on a chaotic walk through the neighborhood. It’s a one-shot take filmed in Serbia, which makes the vivid background details in it all the more entertaining. As kids ride their bikes behind him and strangers walk their dogs, Slowthai does a series of high kicks, goofy faces, and wild poses before hopping in a car with Mura Masa. It’s a great snapshot of youth in revolt. Watch it below.

Let this be a reminder that Slowthai’s debut album, Nothing Great About Britain, dropped earlier this year and is very much worth listening to. He’s currently touring behind that record. Grab tickets to see him live here.

Mura Masa has announced his own set of tour dates, too. Early next year, he will kick off an extensive tour through Europe and North America that begins in early February and finishes in May. Check out his full list of tour dates and then snag tickets to his upcoming shows here.