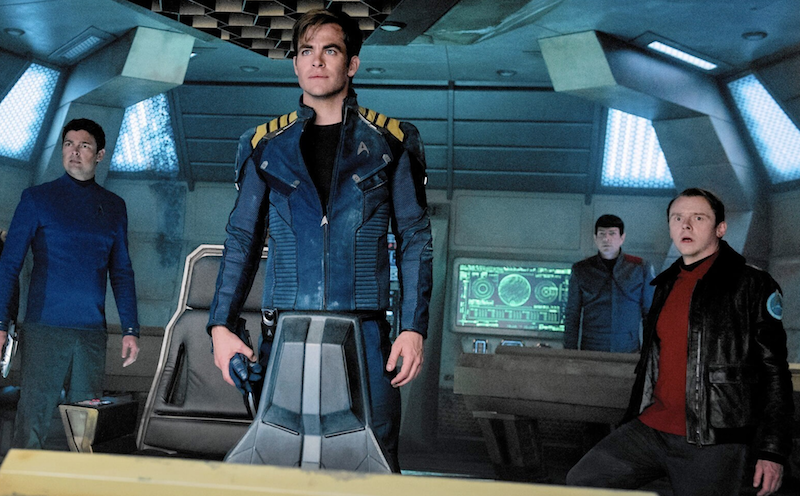 Noah Hawley is about to boldly go where about a dozen other men have gone before. The creator of TV’s Fargo and Legion has been tapped to write and direct the fourth entry in Paramount’s Star Trek reboot series. (Well, J.J. Abrams’ alternate Kelvin Timeline series, if you wanna get nerdy about it.)

The Hollywood Reporter has it that Hawley’s movie will follow 2016’s Star Trek Beyond and thus not interfere with Quentin Tarantino’s long-in-development hard-R take on the franchise. That means it’s expected to bring back Chris Pine as Captain James T. Kirk, Zachary Quinto as Spock, Zoe Saldana as Uhura, Karl Urban as McCoy, and yes, even Simon Pegg as Montgomery Scott.

The announcement of Hawley’s involvement comes almost a year after the studio shelved its original plans for Star Trek 4. The initial idea was to have Pine’s Kirk travel back in time to reunite with his father, George Kirk, played by Chris Hemsworth. However, the movie’s prospective budget skyrocketed as Paramount began renegotiating contracts for all the Enterprise crew members, and the project eventually fell apart. That version was set to be helmed by S.J. Clarkson, which would have made her the first women to direct a Star Trek feature.

Before getting to work on Star Trek 4, Hawley will finish up production on the fourth season of Fargo, starring Chris Rock, Jack Huston, Jason Schwartzman, Ben Whishaw, Jessie Buckley, musician Andrew Bird, and more. Earlier this year, Hawley made his cinematic directorial debut with Lucy in the Sky.