Update: The Who guitarist has issued a statement clarifying his comments 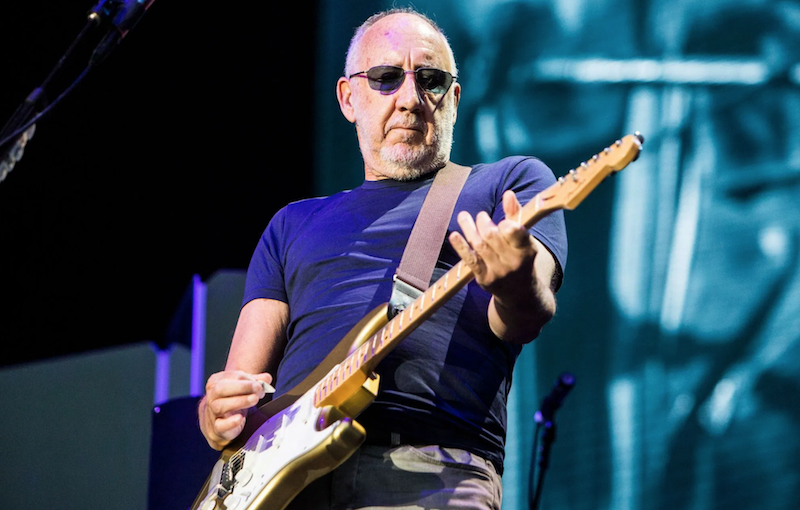 The Who's Pete Townshend, photo by Philip Cosores

55 years into their career, The Who are entering 2020 on a strong run. Their first album in 13 years, Who, is coming December 6th, their “Moving On! Tour” is scheduled to roll into summer, and their musical Tommy is being revived on Broadway. Most people might miss their late bandmates while enjoying late career success like this, but not Pete Townshend. In a new interview, the legendary guitarist said of drummer Keith Moon and bassist John Entwistle, “Thank God they’re are gone.”

Notorious for his self-destructive antics, Moon died of a clomethiazole overdose in 1978, while Entwistle passed away from a cocaine-induced heart attack in 2002. Speaking to Rolling Stone, Townshend proclaimed both “were fucking difficult to play with. They never, ever managed to create bands for themselves. I think my musical discipline, my musical efficiency as a rhythm player, held the band together.”


Specifically, Townshend insinuated that Entwistle’s playing tended to overshadow his own. “John’s bass sound was like a Messiaen organ,” he said. “Every note, every harmonic in the sky. When he passed away and I did the first few shows without him, with Pino [Palladino] on bass, he was playing without all that stuff…. I said, ‘Wow, I have a job.’”

On the other hand, Moon gave him more work to do in the band. “With Keith, my job was keeping time, because he didn’t do that,” Townshend recalled. “So when he passed away, it was like, ‘Oh, I don’t have to keep time anymore.'”

Though Townshend had previously said he “wouldn’t be here” without Entwistle, it seems he holds no sentimental feelings for his former bandmates. In fact, he barely holds any for his current one, singer Roger Daltrey. Much of the RS feature focuses on the tense distance between Townshend and Daltrey, as the two give interviews separately and stay in different hotels. While they both say they “care about” and “like” each other, it’s clearly a respect based on talent alone. “If you watch Roger onstage, he goes through a lot of visual phases. Sometimes, he can’t stop himself looking over at me,” said Townshend. “It’s irritation. It’s irritation that I’m even there.”

“We’re not a band anymore. There’s a lot of people who don’t like it when I say it, but we’re just not a fucking band. Even when we were, I used to sit there thinking, ‘This is a fucking waste of time. Take 26 because Keith Moon has had one glass of brandy too many.'”

Update, November 27th: Townshend has issued a statement on Facebook clarifying his remarks on Moon and Entwistle. The guitarist said he’s “grateful” The Who have been able to continue after losing two members of their classic lineup, and he “was being ironic in my own English way by suggesting it is something I am glad about.” “The upside with Keith and John was that on tour and in the studio we had so much fun,” he added. “Playing with them was hard, but both Roger and I spent a lot of time doubled up in joy and laughter even though we could have benefitted from a quieter life sometimes. It was a riot.”

Opening the post with a self-deprecating, “PETE! FOR FUCK’S SAKE PUT A LID ON IT!,” he continued,

“No one can ever know how much I miss Keith and John, as people, as friends and as musicians. The alchemy we used to share in the studio is missing from the new album, and it always feels wrong to try to summon it up without them, but I suppose we will always be tempted to try. To this day I am angry at Keith and John for dying. Sometimes it shows. It’s selfish, but it’s how I feel.”

His full statement is below.

There’s more insight into why one of the most iconic rock bands in the world aren’t really a band in the full interview, which you can read at Rolling Stone. Meanwhile, the surviving members of The Who are still able to fight through their differences to put on incredible live shows, tickets for which you can find here.