Plus, they're going on tour next year 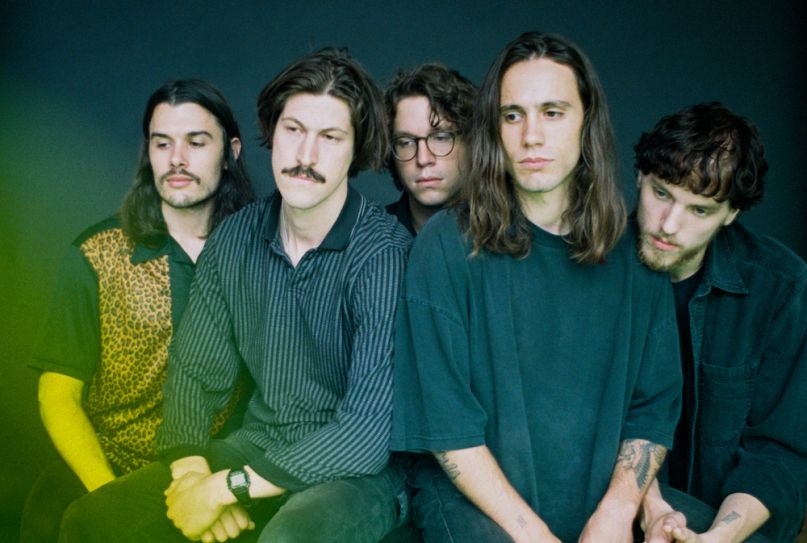 Post Animal have announced their sophomore album, Forward Motion Godyssey. The follow-up to 2018’s When I Think of You in a Castle is due out February 14th via Polyvinyl. You can get a taste of it now by streaming their new single “Schedule” below.

Now that co-founder and Stranger Things actor Joe Keery has left the band, Post Animal are a five-piece exploring new ground on their sophomore album. Written over eight days in Montana, Forward Motion Godyssey finds the band expanding on their psych-rock origins while leaning into pop. “Making this record, we wanted to go extreme in a lot of different directions,” said drummer Wesley Toledo in a press release. “We wanted to be as poppy as we’ve ever been, as over-the-top as we’ve ever been, as grandiose and heavy and dramatic as we’ve ever been.”


You can hear that influence in “Schedule” right from its glittery opening chords. It’s a synthpop song full of heart, and it progresses like it could have been written by Peter Gabriel and Bill Wurtz. Don’t fret; the band hasn’t gotten lost in electronic gear. Halfway through the song comes a descending guitar solo and plenty of radio-ready riffs, which keeps Post Animal in touch with their previous sound.

(Read: Ranking Every Alternative Rock No. 1 Hit from Worst to Best)

“We wrote a song so pop it’s not pop,” the band says in a press release. “It’s what the original idea deserved. Now, using the melody as a vehicle, take in the lyrics, forge your own path as you gain perspective from the genuine, heartfelt message penned from within Post Animal.” Hear the “so pop it’s not pop” song for yourself below.

Curious to hear what the rest of the album sounds like? Pre-orders for Forward Motion Godyssey are currently available.

Currently, Post Animal are touring North America with fellow Chicago musicians Twin Peaks and OHMME. They have several big dates coming up in 2020, too, including opening sets for Cage the Elephant and SWMRS. Find their full list of tour dates below, and grab tickets to all of their upcoming concerts here.