The actress and co-stars Bette Midler and Kathy Najimy are ready: "Now we wait" 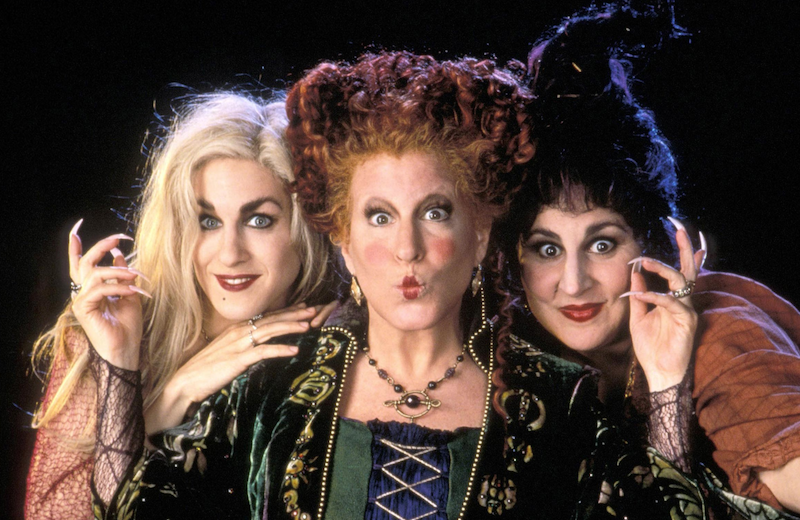 News broke a little over a week ago that screenwriter Jen D’Angelo (Workaholics) had been hired to pen the sequel for Disney+. She was also tasked with conjuring an idea on how to incoporate the original trio of witches from the 1993 cult favorite — Parker, Midler, and Najimy — and it appears her spell has been successfully cast.

Parker posted an Instagram image of the famous “I Put a Spell on You” scene from Hocus Pocus, captioning it, “Halloween 2019. One for the books.” A fan responded with the ever pressing, “Any chance for a sequel?”. Parker replied, “We have all said yes. Now we wait. X.”

Though not a box office smash by any means, Hocus Pocus has remained a campy Halloween staple. Coming from director Kenny Ortega with a script by Mick Garris and Neil Cuthbert, the film centered on Max (Omri Katzi) and his younger sister Dani (Thora Birch), two California transplants who move to Salem, Massachusetts just in time for trick-or-treating. When Max accidentally frees the damned Sanderson sisters, spooky hijinks follow as they try to save all the town’s children.

Disney+, the new streaming service from the Mouse House, is set to go live on November 14th with a hefty slate of original and classic content. While Verizon customers will be getting a year of the service free, those looking to cut the cable and sign up for all the new streaming platforms coming soon will have to plop down a pretty penny.