From the BBC drama Peaky Blinders 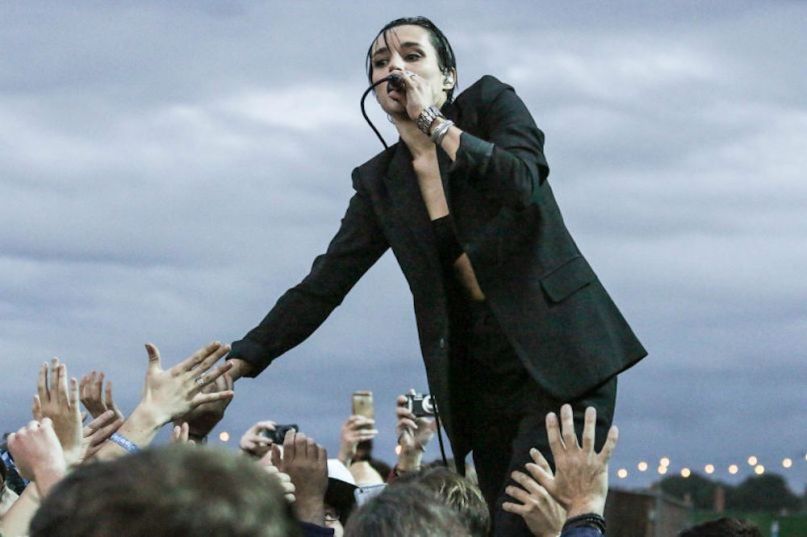 Savages vocalist Jehnny Beth has released a new song called “I’m the Man”. It was recorded for the BBC One drama Peaky Blinders. Stream it below.

Peaky Blinders is a pretty ace show with an even sharper soundtrack. It features music from Radiohead, David Bowie, Arctic Monkeys, and more, not to mention covers of Nick Cave’s “Red Right Hand” by PJ Harvey, Snoop Dogg, and Iggy Pop with Jarvis Cocker. The show’s soundtrack knows how to make a lasting impression.

As such, “I’m the Man” is an explosive single from the moment it opens. Beth lurches forward, letting her voice drag up and down the scale while synths slide around. Distorted post-punk guitars wail throughout, later turning up the intensity in the chorus to sound like an industrial reckoning on par with Nine Inch Nails. But suddenly, as if the song drove off a cliff, there comes a drastic quiet spell where all you can hear are gentle piano chords and Beth’s distant phrase repeating. Needless to say, it’s intense. Give the song a listen below.

Savages may have left us with their excellent 2016 album Adore Life before going on hiatus, but at least Beth has stayed busy in the years since then. Earlier this year, she shared a song called “Let It Out” that was created for the Chelsea Manning documentary XY Chelsea. Before that, she contributed to Gorillaz’s album Humanz, their first record in seven years.