The metal veterans will release the concept album on February 7th 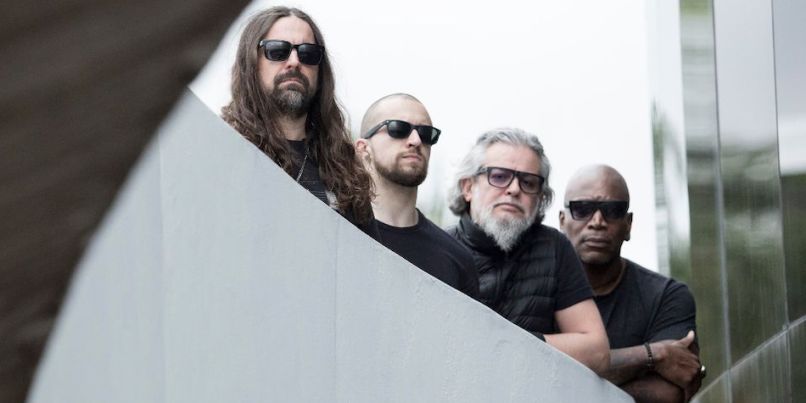 Veteran Brazilian metal masters Sepultura have confirmed a February 7th, 2020 release date for their new album Quadra. Additionally, they’ve released a video for the latest single, “Isolation”. The track, which Sepultura have already been performing at shows, begins with rich strings, a choir and massive drums, before launching into a full-on thrasher.

“‘Isolation’ is a song that was written about the U.S. prison system,” singer Derrick Green said in a statement. “The inhuman practice of solitary confinement changes the mental stability of prisoners. They are not being rehabilitated but are transformed to become worst. Once they are released back into society we all pay the price for what has been done to them.”

When it comes to the new LP’s title and theme, guitarist Andreas Kisser explained, “Quadra, among other meanings, is the Portuguese word for ‘sport court’ that by definition is a limited area of land, with regulatory demarcations, where according to a set of rules the game takes place.”

(Read: 23 Years Ago, Sepultura Unearthed the Tribal and Heavy Roots)

“We all come from different Quadras,” he added. “The countries, all nations with their borders and traditions; culture, religions, laws, education and a set of rules where life takes place. Our personalities, what we believe, how we live, how we build societies and relationships, all depends on these set of rules that we grew up with. Concepts of creation, gods, death and ethics.”

Kisser concluded, “Money, we are enslaved by this concept. Who’s poor and who’s rich, that’s how we measure people and material goods. Regardless of your Quadra, you need money to survive — the prime rule to play this game called life.”

Watch the video for the new song “Isolation” below.