Filmmakers improved the video game character's look, but will it save the movie? 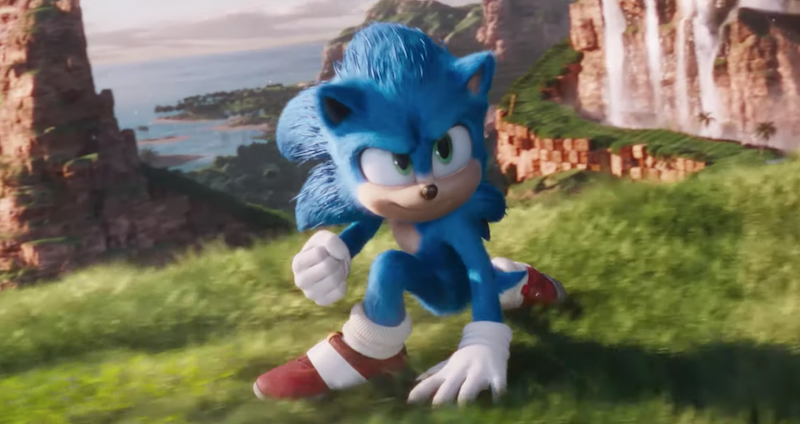 When Paramount revealed their big screen adaptation of Sonic the Hedgehog in a spring trailer, the fan backlash was immediate. The classic Sega video game hero looked straight up freakish, with uncomfortably human proportions and a face not even the character’s creator could love. In response to the outcry, the studio delayed the film and director Jeff Fowler promised a complete redesign of Sonic. While you have to feel sympathy for the effects team having to put in so much crunch time (and they likely aren’t finished with the whole movie yet), the new-look Sonic has been revealed in a fresh trailer… and it is SO. MUCH. BETTER.

There are still some cinematic tweaks, of course. The eyes aren’t connected, the arms are covered in blue fur instead of tan. But the gloves are back, the teeth aren’t as humanoid, and the nose is the cute little nubbin it should be. In the end, Sonic looks far more recognizable to ’90s nostalgia fans — but will it save the movie?

It all actually feels pretty rote — outside meets insider who helps them win the day against villain who wants to use outsider for nefarious gain — but at least Sonic looks like Sonic. Check out the new trailer below, followed by the official synopsis and a side-by-side with the original trailer so you can appreciate just how epic the upgrade is.

“Based on the global blockbuster videogame franchise from Sega, SONIC THE HEDGEHOG tells the story of the world’s speediest hedgehog as he embraces his new home on Earth. In this live-action adventure comedy, Sonic and his new best friend Tom (James Marsden) team up to defend the planet from the evil genius Dr. Robotnik (Jim Carrey) and his plans for world domination. The family-friendly film also stars Tika Sumpter and Ben Schwartz as the voice of Sonic.”