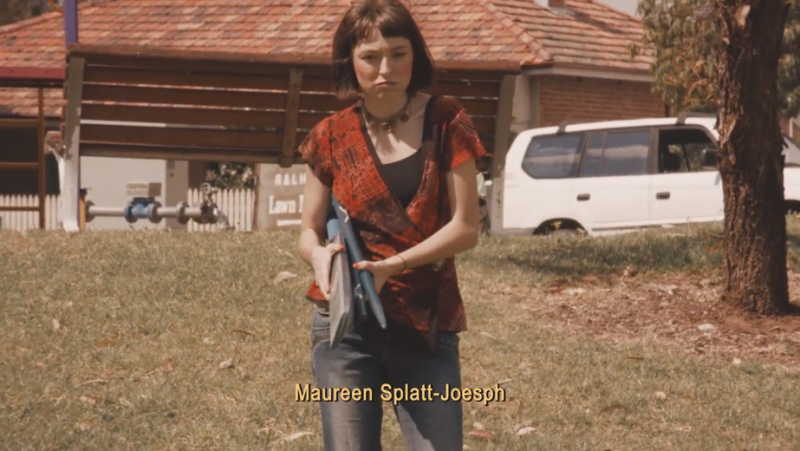 With a little focused rage and a lot of humor, Stella Donnelly’s debut album Beware of the Dogs instantly marked the Aussie songwriter as someone worth watching. Her music videos have proved that point in a very literal way, especially through the dark comedy of “Die”, and now with the all-new visuals for “Season’s Greetings”.

Lyrically, “Season’s Greetings” dwells on what happens when the black sheep of the family attends a family party. In the video, directed by fellow Aussie indie artist Julia Jacklin and Nick McKk, Donnelly shows up at a holiday picnic that quickly devolves into bickering, tears, and yes, a food fight. In a statement, Donnelly says of the video,


“From the moment I wrote ‘Season’s Greetings’, I could visualize a video concept for it. I wanted to try and exaggerate the sometimes-nuanced atmosphere of a blisteringly hot, Australian Christmas lunch. Working with Nick and Julia on this made the day so much fun because they were able to actually manifest my ideas into a reality. Getting to assign characters to my friends and dog was the most joyful experience, especially when we were all cast as fucked up versions of ourselves. Once we were in our costumes and makeup it was really easy to let the story tell itself and Nick and Julia captured this so well. No dogs were harmed in the shooting of this film!”

Previous singles from Beware of the Dogs include “Old Man” and “Lunch”. Stella Donnelly is playing Japan in December, before moving on to New Zealand and Australia in January and February. Tickets are available here.