He surprises fans in Toronto with the intimate cover 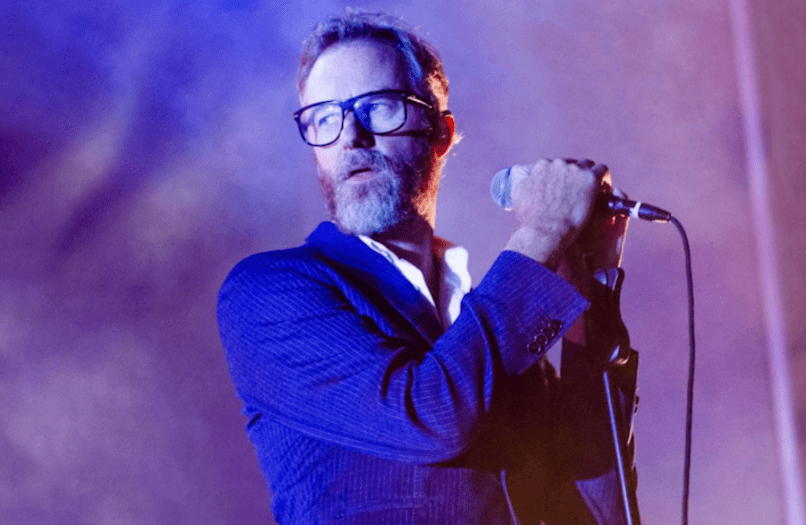 The National, photo by Ben Kaye

It looks like everyone is head over heels for Big Thief these days, including The National singer Matt Berninger. While performing a solo set at the Dream Serenade benefit in Toronto, Berninger launched into a cover of “Not”, the lead single from the band’s excellent new album Two Hands. Watch footage of the moment below.

With a mellow backing band playing behind him, Berninger began singing “Not” — he messed up the lyrics at the very start, despite having the lyrics on a stand in front of him — with precision that soon turns into genuine fandom. When he finished his part but the band still has to build to a crescendo, Berninger threw the lyric sheets from the stand, marched off towards the guitarist, and emphatically nodded along, getting lost in the music. It’s a real musicians-are-fans-too moment.


(Read: Crafting a Masterpiece: Tracing the Evolution of Big Thief)

Who can blame him for falling for the charm of “Not”? Big Thief have been crushing 2019 nonstop, and that’s the single that has been soundtracking it all. The band played it on both Colbert and CBS This Morning, winning viewers over with the buzzy guitar solo it climbs to at its end. You can see it for yourself by catching Big Thief live on their current tour. Tickets are still available here.

Berninger and The National are equally busy. Berninger recently announced his debut solo album, Serpentine Prison, is on the way and features production help from Memphis music legend Booker T. Jones. The National are still churning out material as well, including a live triple-cassette special release for Record Store Day’s Black Friday event. They’ve got plenty of tour dates coming up, and you can grab tickets here.