The future might seem bleak, but these anthems keep us optimistic 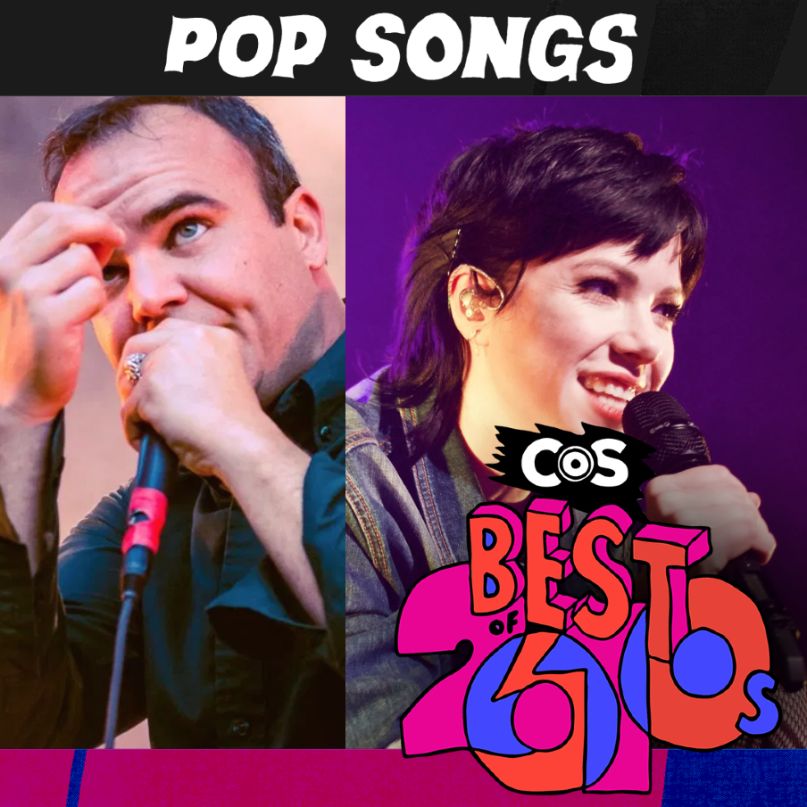 Top 25 Pop Songs of the 2010s, photos by Ben Kaye and Adrian Spinelli

Join us all month long as we celebrate the best music, film, and television of the decade. Today, we continue the celebration with the Top 25 Pop Songs of the 2010s.

The decade has been defined by the discourse surrounding poptimism, the belief that pop music deserves the same revere as rock. Pop music has often been dismissed as a genre made up of derivative, radio-friendly garbage. But this decade said “thank u, next” to that concept. The best pop songs of the decade carry weight. They’re mantras of empowerment that remind us we’re not alone in our struggles, so we might as well dance away the pain.

The dawn of the 2010s might feel like just yesterday, but It’s nearly impossible to remember a time when Robyn’s “Dancing On My Own” wasn’t an anthem for powering through heartbreak, soundtracking those nights your friends drag you out after nasty breakups, Tinder boys ghosting, or when you just need a pick-me-up. Or when Taylor Swift’s sage (and very catchy) advice with dealing with haters wasn’t instantly stuck in our heads as a reminder that we have to “Shake It Off” when we’re on the receiving end of unfair criticism.

Pop music has always been reigned by women, and this era gave us new icons that, in just a decade, have made their mark in shaping the future of music. Before becoming one of the most notable pop auteurs, Lana Del Rey emerged as a mysterious persona with the hauntingly beautiful ballad “Video Games”, and captivating new fans with her aesthetic, evoking both old Hollywood and woodland nymph. She united both flower crown-donning Coachella teens and punks as fervent fans, who fell in love with the brutal vulnerability of her songs.

We also can’t forget that this decade gave us wunderkind Lorde, who at just 16 wrote “Royals”, topping anything most people have accomplished at that age – or honestly, in their whole lives. And right when critics and fans weren’t sure how the New Zealander would top her debut album Pure Heroine, she gave us the masterpiece that is Melodrama, with artfully crafted songs about a painful breakup that are just as suitable listened to in bed in the dark as they are at the club.

But perhaps the biggest icon we got was Ariana Grande, who shifted from Nickelodeon star to one of the most compelling voices in music. We’ve seen her star power grow since her debut album in 2013, but the past year has been her biggest yet. Instead of getting caught up in tabloid fodder revolving around her high-profile relationships, she steered the narrative back to her music by penning “thank u, next,” a vital anthem of self-care and growth.

As the fear of the waning importance of rock grows, pop shifts into a bigger creative outlet for artists. The beauty of this decade of pop is that it isn’t defined by one sound. It welcomed an amalgamation of genres, allowing artists to push the boundaries of what pop should be, and inviting those who weren’t convinced about the importance of the genre to question that belief. The future might seem bleak, but for now, these songs make us optimistic about what’s to come for the 2020s.