Plus, it comes with a glitchy music video 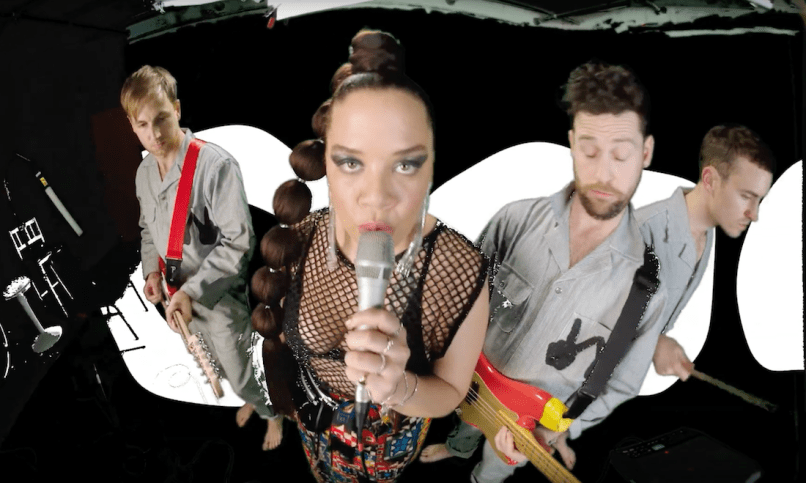 Canadian indie rock act Weaves have released a new song called “Internet Tears”. It’s their first new music in two years, and it arrived beside a glitchy music video. Stream it below.

“Internet Tears” is the first song Weaves have released since their 2017 album Wide Open, which included their Tanya Tagaq collaboration “Scream”. The year before that, they released their debut self-titled album which was one of the best albums of 2016.

In a press release, singer Jasymn Burke says she was inspired to write the song after a slice of real life. “I was watching something on the Internet that made me cry and started thinking about how ridiculous and funny and peculiar it is that we can sit alone staring at a screen and feel such strong feelings of happiness or sadness or anger while just browsing,” she explains. “It’s like imposed feelings or something. Maybe you can relate.”

(Read: Ranking Every Alternative Rock No. 1 Hit from Worst to Best)

Musically, “Internet Tears” sees Weaves doing what they do best: deconstructing indie rock until all of its loose bolts and rough edges start to show. What begins sounding like a synthpop song quickly veers to the left and dissolves into a weird, wiry, unnerving reflection. It sounds like Arca tried their hand at writing an uptempo art rock song. In other words, it sounds just like the Weaves we fell in love with years ago.

In the song’s music video, Weaves are immersed in the 3D world of the Internet. Chat screens, emojis, pie charts, and various visualizations from over the years swallow the band whole while they perform barefoot in jumpsuits. It’s a sea of animated graphics, created by Jason Harvey and Alexander Konovalov, that act as a tour guide to the Internet’s absurdity and blandness over the years. Watch it below.