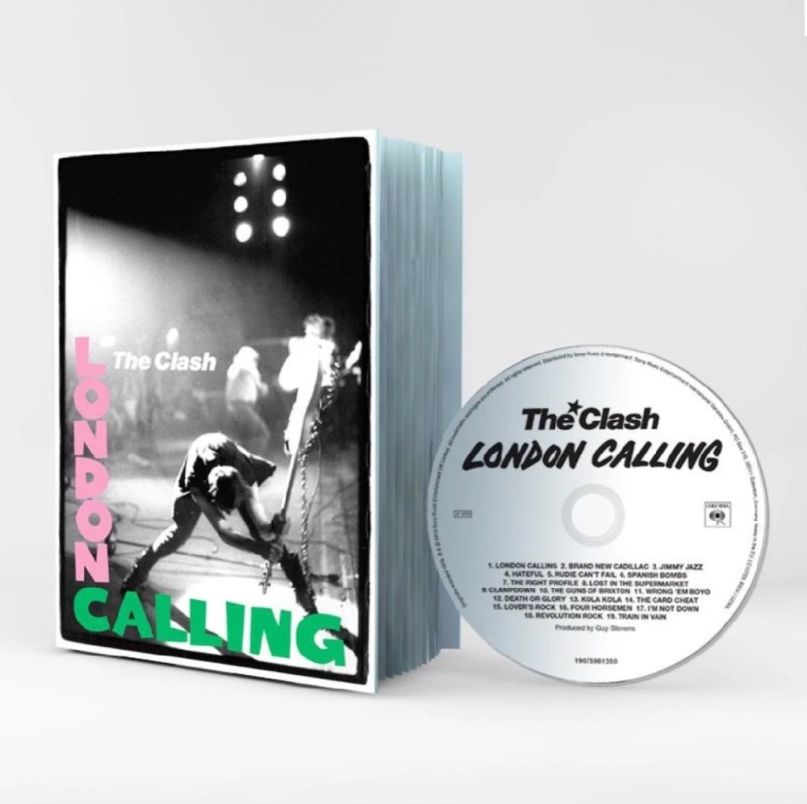 Forty years ago, The Clash proved three times really is the charm with 1979’s London Calling. The groundbreaking double album found the English rockers shattering the confines of punk rock by indulging in a range of influences — from reggae to rockabilly, ska to lounge jazz. Come December, we’ll be exploring the album’s legacy on the next season of The Opus podcast, and to celebrate, we’re offering a giveaway that’ll leave you lost in the supermarket.

Courtesy of Sony Legacy, we’re giving away both a London Calling Scrapbook and a jaw-dropping Super Bundle. The former is a 120-page hardback companion to the masterpiece album, chock full of previously unseen archive material, lyric notes, and other exclusive memorabilia. The latter, however, offers up London Calling in three different mediums — specifically, vinyl, cassette, and CD — ensuring won’t have to buy a brand new Cadillac to play it loud.

For more information about either release, you can watch a special unboxing video below. However, it might behoove you to clampdown and enter into the giveaway by simply filling out the widget below. Note: If you do not see the widget, click here to enter.

Be sure to listen into The Opus: London Calling when it launches December 5th with host Andy Bothwell, aka Astronautalis. Never miss an episode by subscribing now. You can also revisit a selection of The Clash’s best tracks via all major streaming services.