On display at Art Basel, the minimalist art piece features a banana duct taped to a white wall 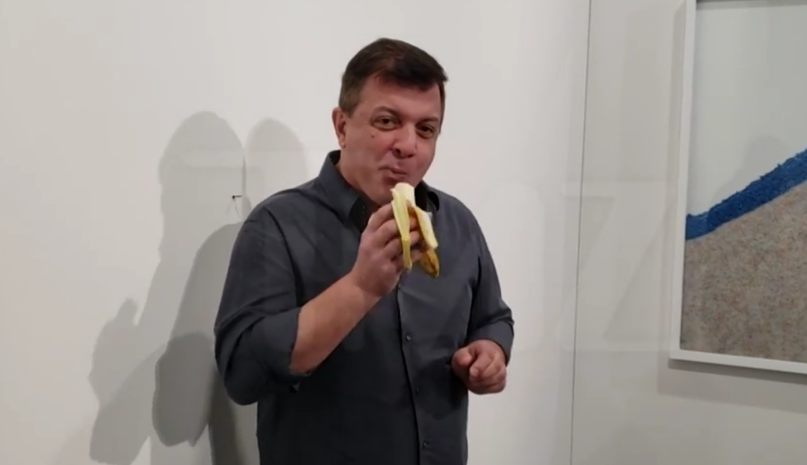 Not all heroes wear capes: A self-described “hungry performance artist” by the name of David Datuna went ahead and ate the banana from a viral Art Basel exhibit on Saturday.

Created by Maurizio Cattelan, the minimalist art piece features a banana duct taped to a white wall. Upon its debut earlier this week, the piece made waves across the Internet and eventually caught the eye of a French collector, who paid $120,000 to own it for himself.

But Datuna had other plans. On Saturday, the “hungry artist” walked up to the exhibit, untaped the banana, pealed back its skin, and took a giant bite. He was quickly escorted away by security and taken to a private room, where he was questioned by police, according to TMZ. Datuna was eventually released from custody, but police have not ruled out charging him.

In an Instagram post, Datuna said he meant no disrespect. “I love Maurizio Cattelan artwork and I really love this installation. It’s very delicious,” he wrote.

Meanwhile, the gallery has replaced the banana with a new, uneaten one. “He did not destroy the work!” a spokesman for the exhibit explained. “The banana is the idea.”